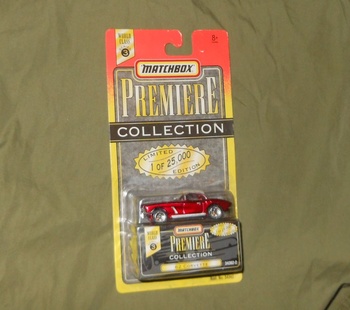 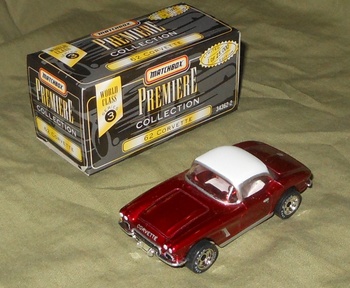 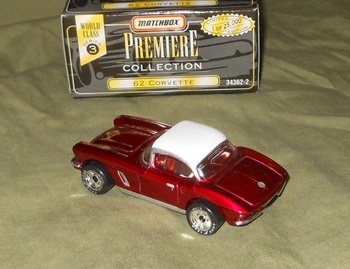 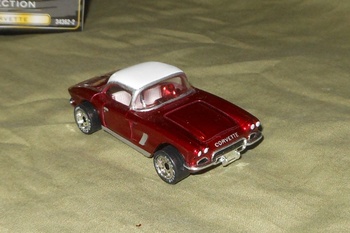 Back in the 1990s the manufacturers realized that there were many adults collecting toys especially those of their youth. The real Matchbox disappears after 1975. I think Tyco owned the Matchbox name at this time. Anyway they released a line of cars called the Premiere Collection. There were boxes like the original cars had although they lacked the likeness of the car on the box. They really needed to copy the style of the old boxes. I only paid $2 for this and it may have been worth more if they had. As I only paid $2 for this I freed it from its plastic and cardboard prison.
A quick note. Everyone started saving every model in the original packaging in the 1990s thus almost all are worth little. Feel free to set them all free. There are a few exceptions but there are search engines.
Back to the model it is the 1962 Corvette. It had that body style for several years and a big change was coming in 1963. 1962 was a good year for Corvette style although the 1963 split window is hard to top.