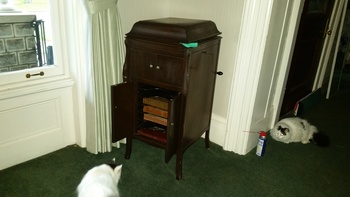 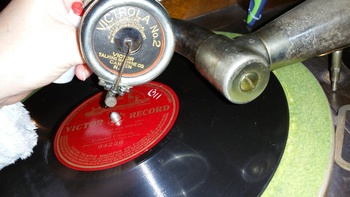 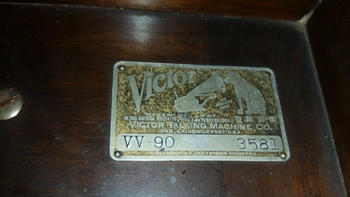 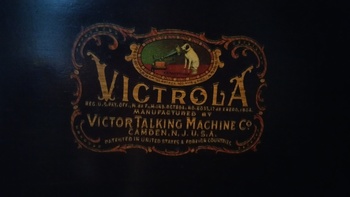 Hi everyone! I bought this old RCA Victor Victrola record player. . I am learning as I go with it. A Victor has the horn on the outside and the Victrola has it on the inside. The VV-90 was introduced in 1921 when Victor updated their product lineup. It was intended as a replacement for the popular VV-XI, but with a slightly smaller cabinet and without casters. All VV-90's had the semi-automatic brake and a two-spring motor, and was available in mahogany, oak or walnut, but the most popular choice was mahogany. Production of the VV-90 was ended in 1922, but due to a large unsold inventory it remained in the Victor catalog until 1925. 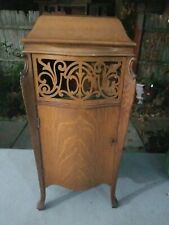