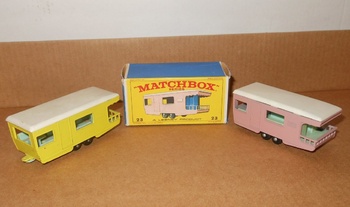 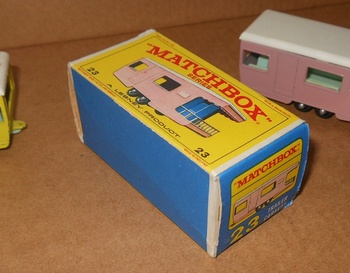 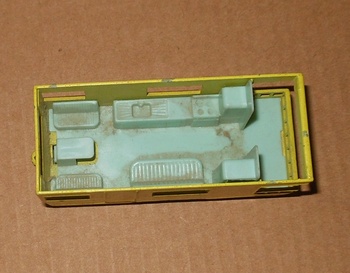 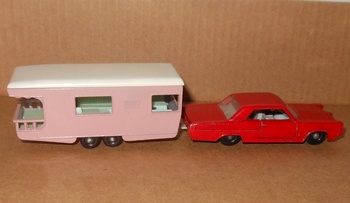 The Caravan Trailer was a bit of a fantasy piece or a generic example. I don't think I have ever seen a vacation trailer with a porch on the rear. It would be fun to sit on the back and ride about the country. Would be like riding in the observation cars on trains in the long long ago.
Back to the model it was first released in 1965. That was the only year it was painted yellow. After that is was painted pink.
As this came in the E box it is from 1965-1968. As box source has not been completely accurate I would say 1967-68.