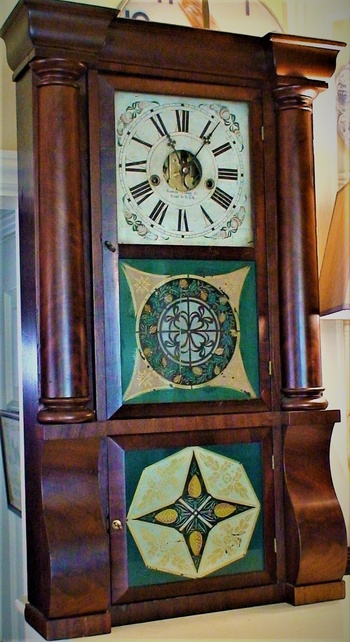 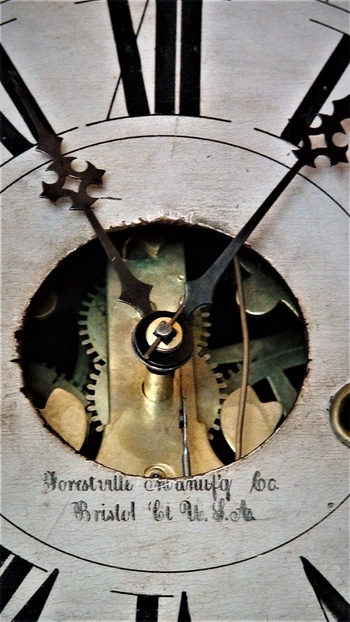 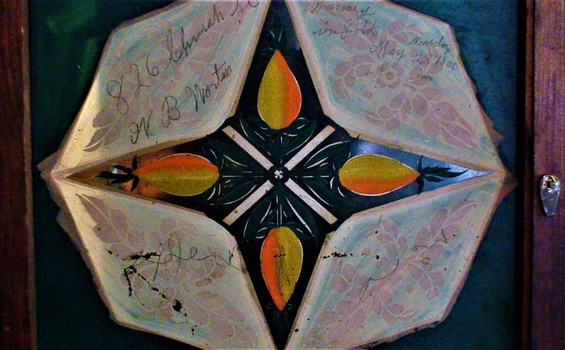 This Empire Period Shelf Clock was made by Forestville Company. The mahogany and mahogany veneered case is referred to as a "triple decker sleigh front." It has a brass eight-day time and strike weight-powered movement. The movement is signed and there is a paper label inside of the case. This label helps to date the clock. This was an early, but long lived company. However, there are at least three elements that allow fairly precise dating. First, the company only spelled out "Manufacturing" from 1835-1839. After this date it was abbreviated as "Mfg" or "Mfr." Secondly, at this time they were known for producing Empire cases. Third, they were also known for using solid rather than spoke escape wheels in their movements; which the lyre-shaped movement in this example uses. Based on these elements, the clock dates to ca. 1837.

Last photo is the reverse of the bottom glass tablet.
The large open area in the face was to show off the brass workings since many were wood at the time. 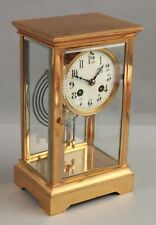 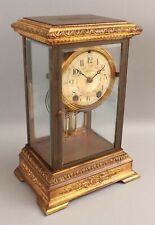 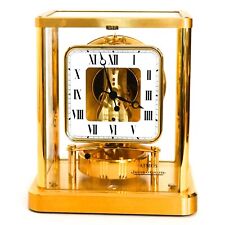