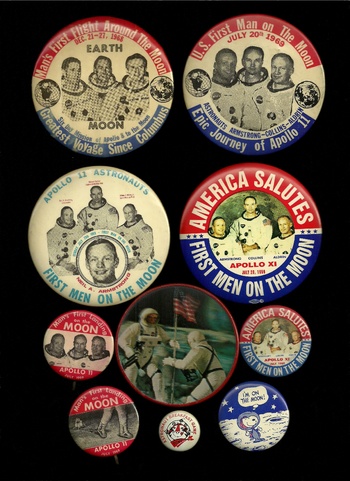 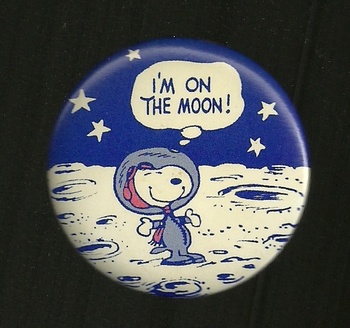 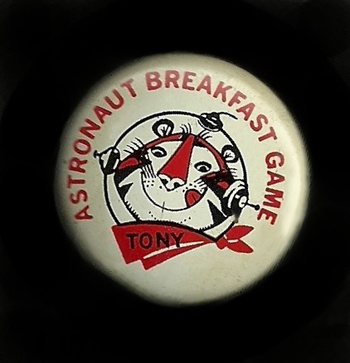 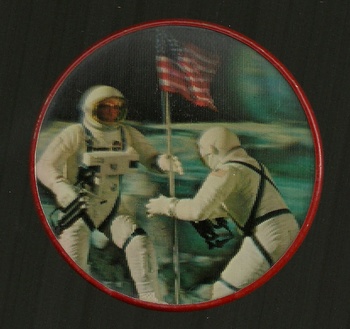 One small step for man One Giant Leap For Mankind:
A few (7) Apollo 11 Moon landing celluloid buttons from July 20, 1969 and one less common 3D button from Vari-View they mainly made lenticular AKA flasher buttons that show 2 different views this one is there 3D version, plus a Snoopy "I'm on the moon" and a Tony the Tiger "Astronaut breakfast game" button.
I think everyone who was alive at that time remembers the day many know right where they were and like most I was in front of a black and white TV watching then after dark stared up at the moon knowing for the first time man kind was there.
Apollo 11 was the spaceflight that landed the first two humans on the Moon. Mission commander Neil Armstrong and pilot Buzz Aldrin, both American, landed the lunar module Eagle on July 20, 1969, at 20:18 UTC. Armstrong became the first to step onto the lunar surface six hours later on July 21 at 02:56:15 UTC; Aldrin joined him about 20 minutes later. They spent about two and a quarter hours together outside the spacecraft, and collected 47.5 pounds (21.5 kg) of lunar material to bring back to Earth. Michael Collins piloted the command module Columbia alone in lunar orbit while they were on the Moon's surface. Armstrong and Aldrin spent just under a day on the lunar surface before rendezvousing with Columbia in lunar orbit.