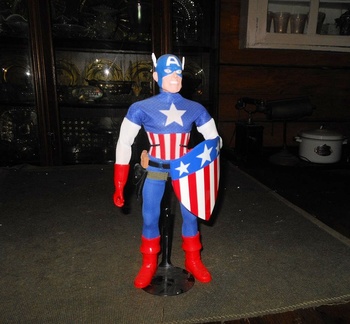 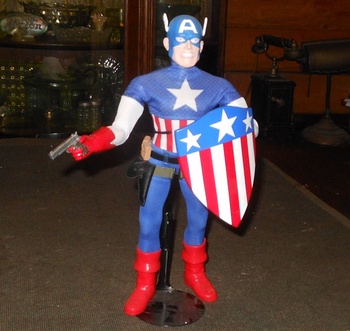 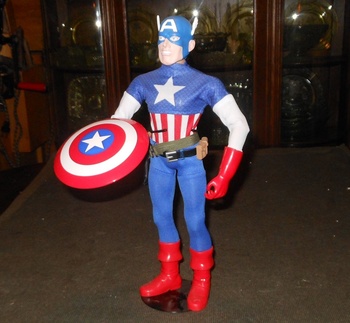 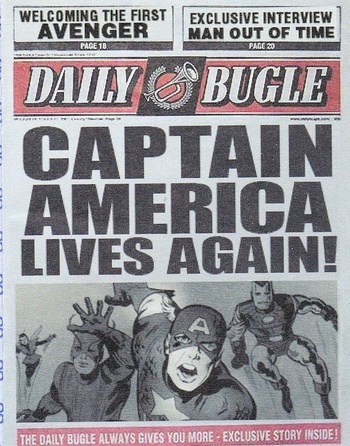 This is from the recent Captain Action/Captain America version from about 5 years ago. It was made by Round 2. I Probably should have done this with the Steve Rogers mask but they are hard to put on. I plan to get a separate set for that.
This features the original triangular shield plus Captain America has a side arm. A GI Joe .45 with an Ultimate Soldier belt. In the recent movie set in WWII he was armed and I thought I would go with that.
The triangular shield did not last long and soon he got the indestructible round shield which became his primary weapon.
Also included is a replica of the Daily Bugle front page of when Captain America was found frozen by the Avengers. Photos by Peter Parker.