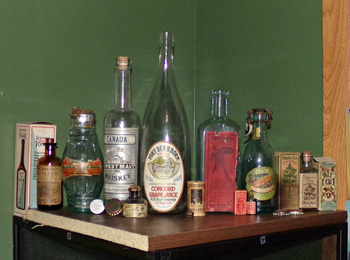 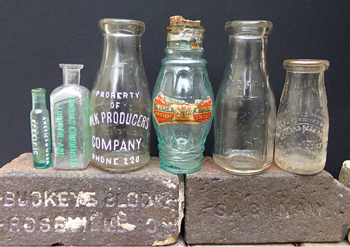 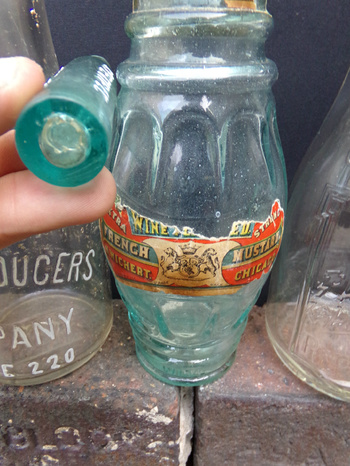 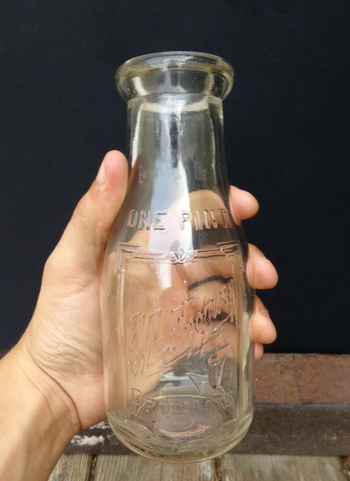 The other day we stopped at a yard-sale that was more like a flea market. Not much for me. Two bottles. On the way home, we stopped at an antique store where there are really only two good 'booths'-- one of which is not of my interest. Heck, they sell beds and leather jackets now-- what kind of antique store is that?

Anyway, in the bottle booth I found a number of good finds, including:
An 1840s pontiled worm-specific from Dr. McLane's
An 1890s labeled and embossed mustard with a nice carnival theme
A milk I had hoped, but was disappointed, to try and trace to another dairy
A 1920s Electropure Milk

The mustard is now on my main pre-1910 labeled bottle display. See first photo.
There at the yard-sale was an interesting juniper extract bottle. As such, I painted the letters green. But it was so crudely embossed that it was hard to do. Circa 1890s.
I couldn't believe the undamaged pontiled 1840s worm bottle was only $8. They always sell for over $20.