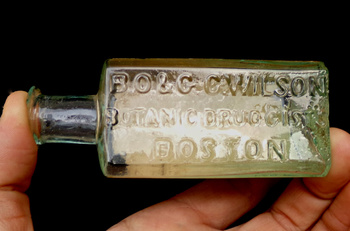 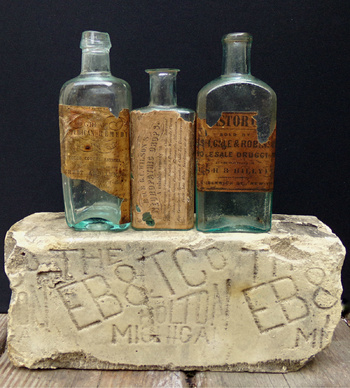 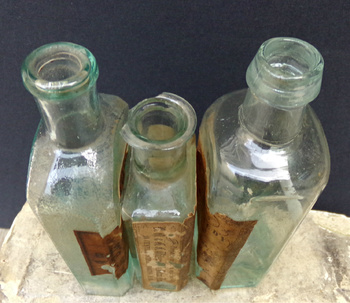 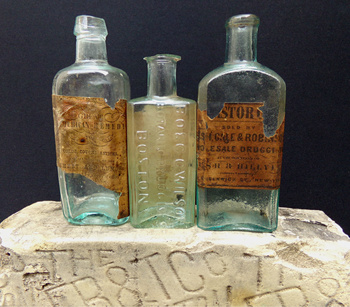 I ran out of room to post the embossed side, which halso as the name of the druggists and the city.

As I have made an extra post for that, I decided to also show the three common types of lips found on American bottles of the 1830s-1860s.

Typically the embossing of these early bottles looks smooth, wide, and not very raised. That is because of a lack of air-venting in the glass moulds, which would come later and allow crisp and thin embossing. With air trapped between molten glass and the mould walls, the embossing could not fill it entirely. It also leads to what looks like pitting in the glass, which is not pitting at all.

At this time, it took three men/boys to make one glass bottle. The label would have been printed by two men on paper maybe made by one with a plate made by yet another man, plus the man or men who made the ink-- so many people for one bottle!