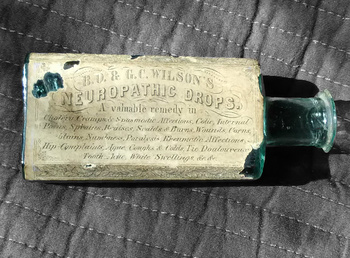 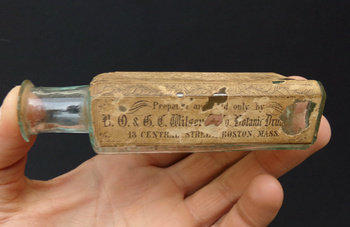 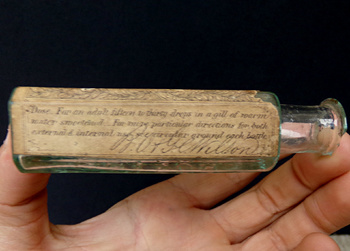 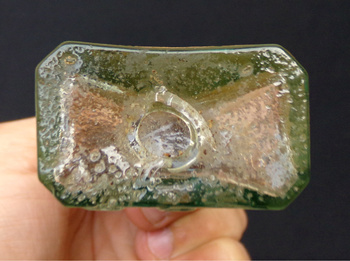 B. Osgood Wilson and G. Carlos Wilson began in 1845, according to an 1883 directory. An 1846 magazine welcoming them into the trade has their drug company listed as Wilson's Thomsonian & Botanic Laboratory at 18 Central Street in Boston, Massachusetts.

Meowman took interest from the pic I sent him after it arrived, and he found their Neuropathic Drops still being made in 1917. This bottle and label date prior to 1859.

The dose was "fifteen to thirty drop in a gill of warm water sweetened." It states that more instructions are found on the circular around the neck (circular, of course, long gone).

A great addition to my new hobby of labeled pre-1860 pontil bottles.