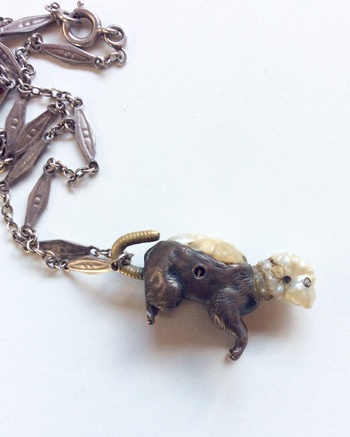 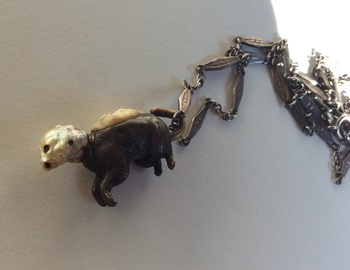 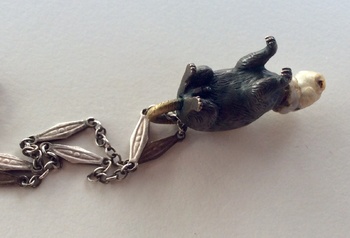 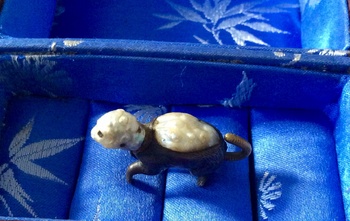 Hello people , its been a while since I have been here but yesterday this cute little naïeve rat found me. Its a bit of a mystery to me I must say.
Its about 2 cm high and it has a baroque pearl as a back and one as a head. It has one crystal eye, and one eye missing. The body is some kind of white metal, no silver and the tail has a really odd shape and its copper. I just added an old chain I had laying around, but I m not sure if this rat started its life as a pendant. Because of the form of its paws, it looks to me it used to stand or hang on something or it had something in its paws? Maybe it was attached to something because it has a small hole on one flank.
In the 16 th century they had this sort of really lovely baroque pearl animal pendants but these are really well made and they have a different hanging system. I think maybe this one was based upon one of those.
My guess is its mid 19 th century and it was originally part of a jewelry box or something, but if you guys have better suggestions, please let me know! Its a real mystery to me.
Hope you like it as much as I do :-)