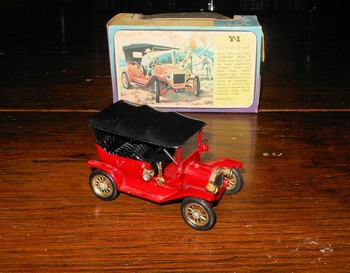 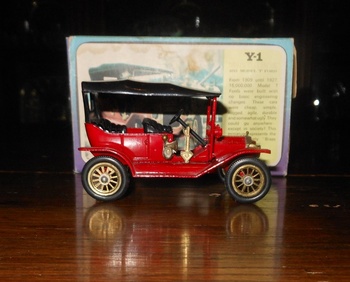 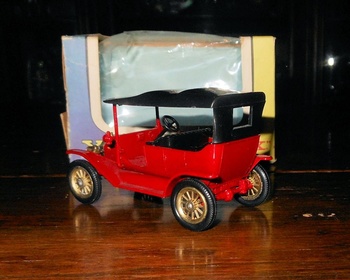 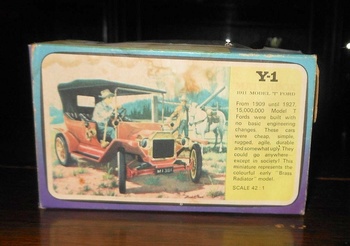 This model was first released in 1964. The box for this is called a G box and was used n 1968-1969 so this one would be from that period. I am thinking 1969 myself. Looks like I need to clean a bit more dust off it. I left the door up for the Yesteryears and they got a bit dusty.
As this is the 1911 version the real thing would not have a combination pliers/screwdriver.
Another note about the Model T is that when Henry Ford said you could have it any color as long as it was black it wasn't available in black. That did happen a few years later.