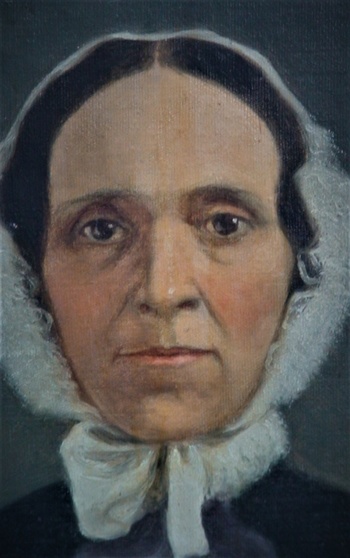 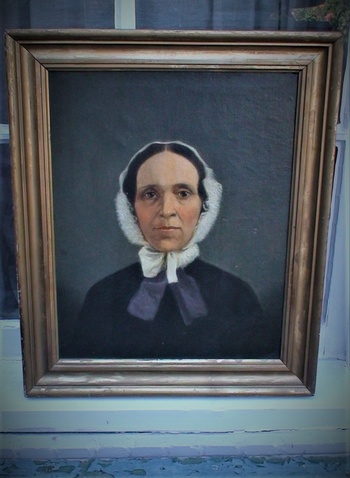 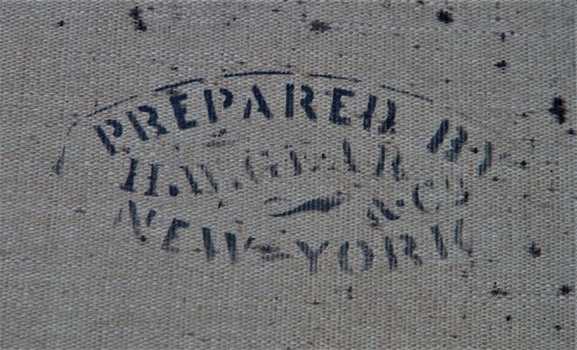 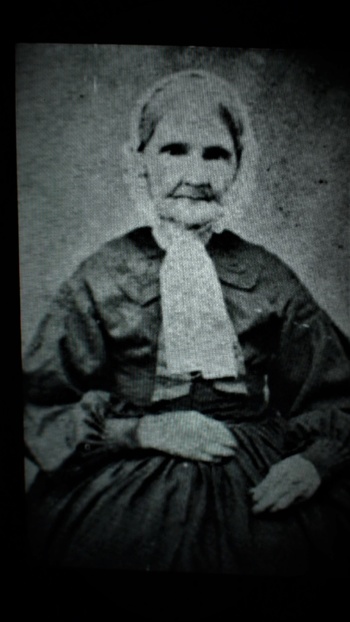 I finally got my photos uploaded after much difficulty on this site for a few weeks.
This is an interesting painting from a local shop. The dealer stated that he purchased it from a local family member. The last name of the family is "Weiser." I did discover a book about the Weiser family and saw the picture of "Elizabeth Shaffer Weiser." I believe that the portrait could be younger likeness of Elizabeth. What do you think?

Information from the internet:

Elizabeth Shaffer, daughter of John Jacob and Mary Elizabeth (Reiss) Shaffer Born February 16, 1791, Heidelberg Township,Berks County, Pennsylvania and died January 10, 1878, Fort Loudon, Pennsylvania. Married Henry Solomon Weiser (son of Jabetz and Maria Elizabeth (Wenger) Weiser) born near Womelsdorf, Pennsylvania, February 14, 1786, and baptized February 26,1786. They married on June 21, 1807.
Solomon was an innkeeper, sales crier, and constable in Mercersburg, Franklin County, Pennsylvania, to which he moved with his wife's family about 1810. He is listed as an officer of St. John's Lutheran Church in Mercersburg. Traditionally, he was killed by one of a gang of drunken rioters in attempting to stop their riot, March 29, 1860, at Mercersburg. He and his wife are buried at Mercersburg.

Elizabeth's husband was related to the famous Johann Conrad Weiser:

Conrad Weiser was born November 2, 1696, in the German principality of Württemberg. By 1709, his father, Johann Conrad Weiser, had decided to heed Queen Anne's invitation to inhabitants of the Rhine Valley to migrate to England and to the British colonies in America.
The Weiser family settled on the New York frontier and in the winter and spring of 1712-1713, young Conrad resided with neighboring Mohawks to learn the language of the Iroquois and serve as a go-between for the German community.

The family settled in New York prior to Pennsylvania, which may explain the New York stamp on the back of the canvas.