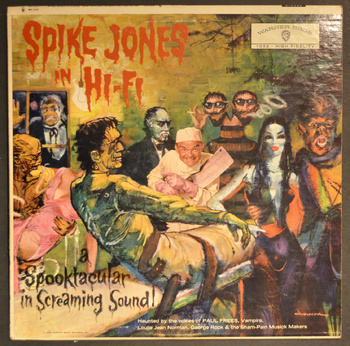 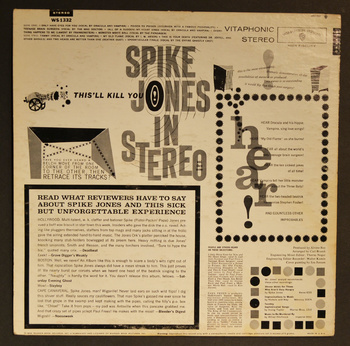 Spike Jones was the prime purveyor of zany music in America for a couple of mid-century decades. Beginning with his WWII era recording of "Der Fuehrer's Face", Spike Jones launched a career of making people laugh with his musical interpretations. At sometime in the late 1950s, Spike decided to add his spin to the then popular "monster" genre - this is the result. Notably featuring the voices of Vampira (Maila Nurmi) and Paul Frees (perhaps best remembered as the voice of Boris Badenov), this record has its moments but is pretty light on the Halloween terror. Those who have followed my music posts know that I have scarier music for everyday listening.