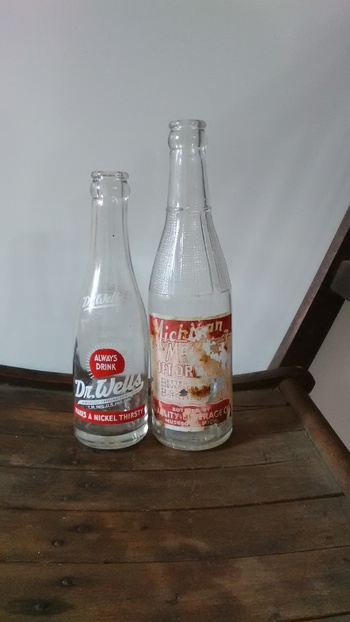 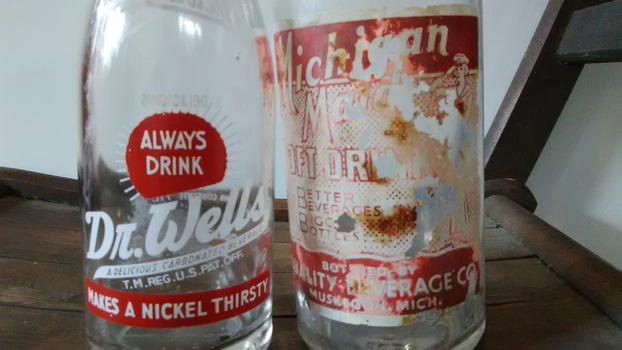 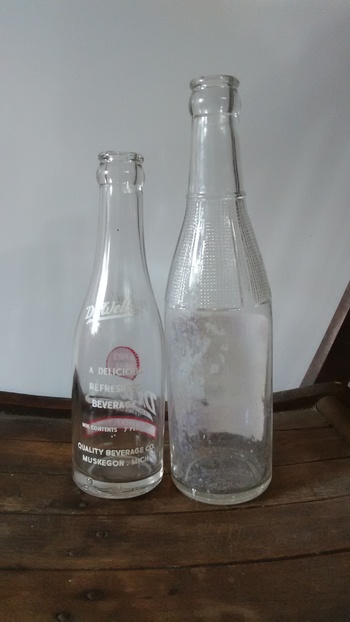 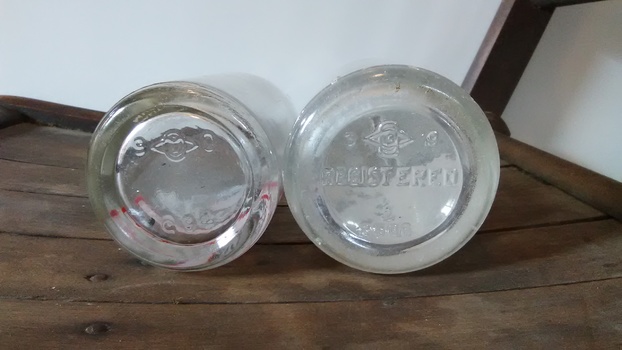 Here we see an 1940 Dr. Well's, which comes in two variants for my city (it was a national company) and an exceptionally scarce 1949 Michigan Maid large size, though the maid's side of the ACL is pretty badly damaged.

Also known is the Muskegon Maid, which is identical except for the name. You never see either, but for every 5 Michigan Maid's (I know of only 5 other bottles, including 2 paper labels) you see 1 Muskegon Maid. Mind you, both were made for my city during the 1940s and 1950s and are very hard to find. I've seen two crates for this company.

These are ACL bottles, which stands for Applied Coloured Label. The labels were baked on, a sort of decal, and every colour sent the bottle through the oven one more time--hence why few were tricolour. ACLs came out in the mid 1930s but didn't take off for soft drinks Tull the late '30s.