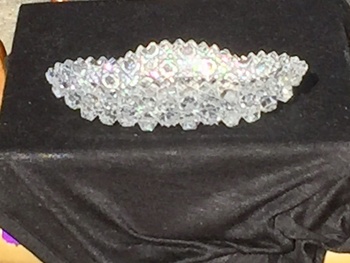 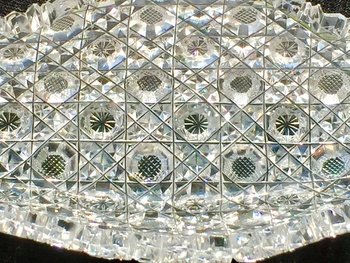 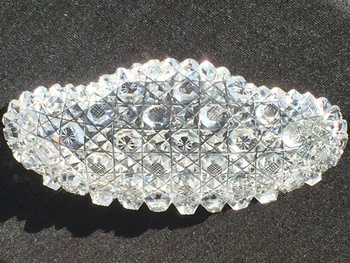 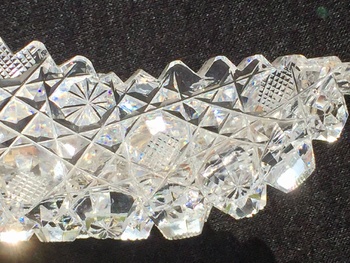 I came across this 8" oval bowl that's brighter and clearer with deeper cut's than anything I've ever seen.In direct light you can't get a true picture of it and it makes the pieces of Waterford and riedel look dull next to it.After researching this I found what I think is the pattern that's called Harvard.Several companies cut this pattern and the very best blanks were made at the time in America.They were clearer and brighter and a much higher quality.Do to the cost some companies imported there blanks from Europe that were made by Val St Lambert and baccarat.