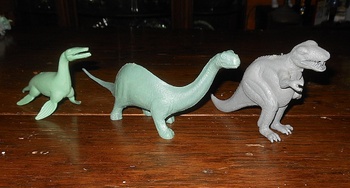 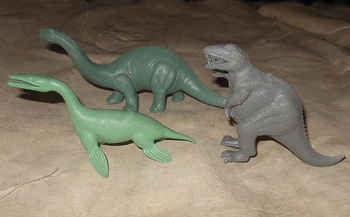 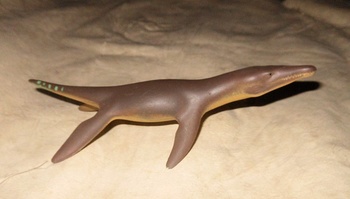 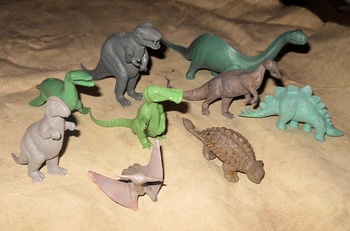 Moving on with Marx Dinosaurs 101. These were the first dinosaurs Marx produced and they were joined later that year by the medium mold group (posted yesterday) and the small mold group (soon to be posted).
This set included from left to right, Kronosaurus the aquatic dinosaur. In photo 3 is what a Kronosaurus should look like. The Marx version had too thin of a neckBrontosaurus the big sauropod. The name is brontosaurus and brontosaurus is the name.
Last is the pot bellied Tyrannosaurus Rex. This one went extinct after 1959 to be replaced by the sleek Tyrannosaurus Rex. This one is based on a turn of the century recreation plus it used too much plastic.
Marx made five groups of prehistoric creatures so there are three more to go. Plus some playsets.