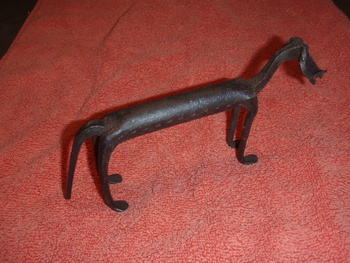 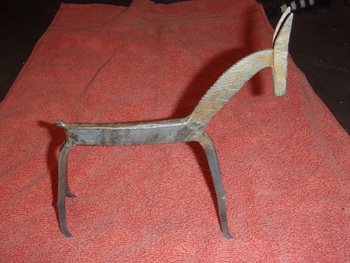 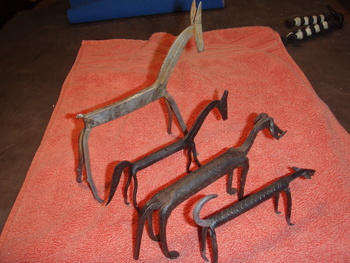 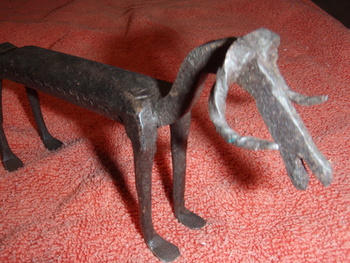 Four years ago I posted (2) animal effigies that I acquired at auctions. I recently got two more so I put them all together to show you. They include the two that I previously listed (just in case that you don't remember seeing them) and also two new ones that I found.
To refresh your memory as to what they are and were believed to represent, I'll repeat their uses.
They are part of Penna. German Pow-Wow medicine.
They were displayed on the stone window sill of the barn to repel illness in the farmer's livestock by absorbing any disease or illness that came into the area. The ill will would enter the effigy instead of the farmers animals. The reason that they are so hard to come by is that the farmer believed that if the effigy was disturbed, the ill will that was stored in the effigy would then be released and then could enter into the living livestock. This being believed, the farmer told everybody on the farm not to touch or remove the iron effigy on the window sill. I came upon one at a farm sale in Berks County ,PA and the farmer would not sell it or even allow any one to touch it. He didn't know the reason for nor disturbing the effigy, but he remembered his Grandfather telling him to never, never disturb it.