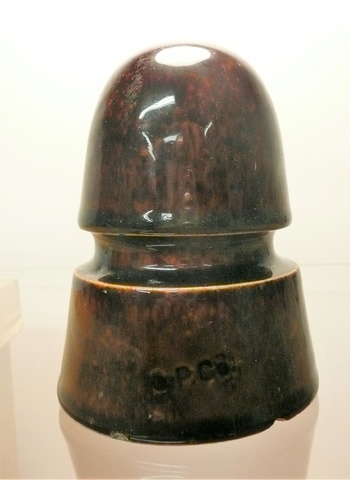 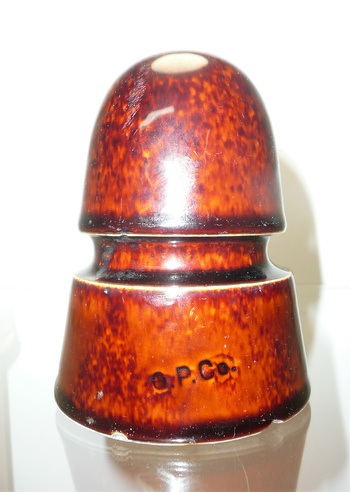 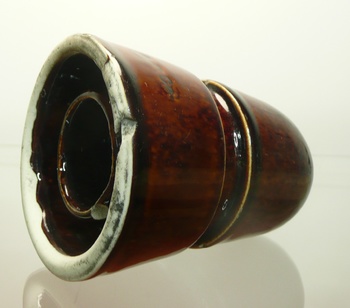 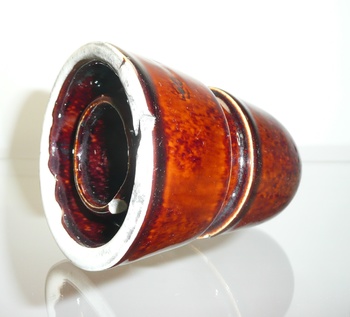 My main interest in collecting has always been soda pop bottles, new and old and anything from St. Louis, Mo.
I have returned to work as a seasonal work for the parks department and one particular job we had to do was in a remote part of the park between some railroad tracks and the Mississippi river. We had to walk by some tops of old telephone poles that had been left to rot in the woods near the tracks. On one top or crosspiece I seen this insulator still attached to the peg. I thought, cool I found an old glass insulator and carefully removed it from the peg and brought it home. After cleaning off the mud and yuck I noticed it wasn't glass but ceramic and had the initials O.P. Co. printed or embossed on the side, no other marks to be found. So today I did some research and on one website found that O.P. Co. stand for the Ohio Porcelain Co. (circa 1910 - 1913) and that this is a pin-type insulator. Another website had an almost identical insulator. Calling it a beehive style (a U-148) that had a SOO mark on the dome. Mine does not have the SOO mark as far as I can tell.
I never realized how many different styles there are and all the great colors. Its a whole different great world of collecting.
I posted the same insulator with and without a flash to try and show the true color.
I am curious to find out if this insulator is truly from the 1910 - 1913 era. Looks newer to me. Also if this would be rare or common type of insulator. 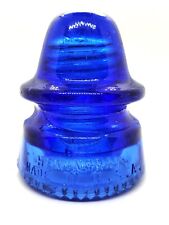 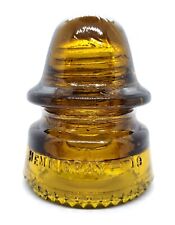 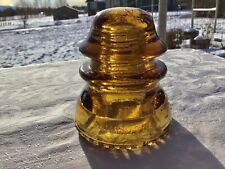