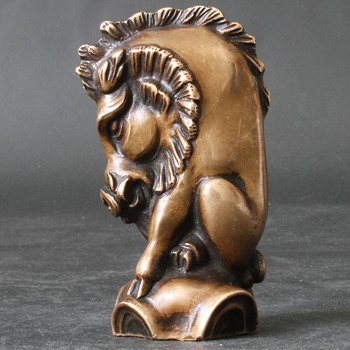 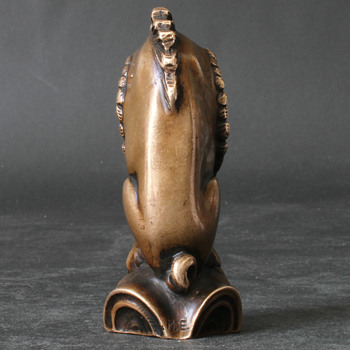 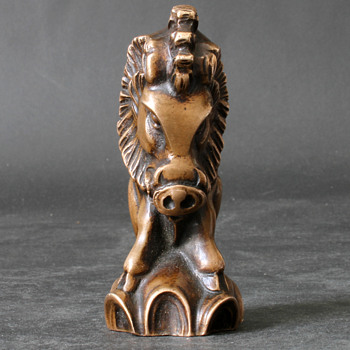 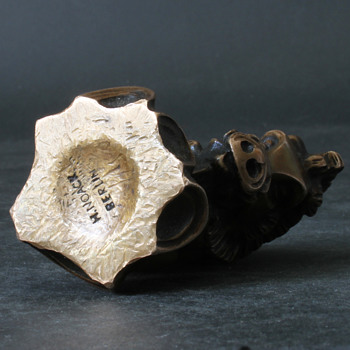 bronze figure of an expressionistic wild boar by Max Esser (* 1885 ; † 23. 1945 )
This piece which i can't find a second searching through google and artnet, etc, was executed at the workshop of H. Noack in Berlin Friedenau, where many well-known sculptors such as August Gaul, Renee Sintenis, Paul Walther, Erich Oehme, Anton Puchegge, Ernst Barlach, Gerhard Marcks and many other well-known artists immortalized their works in bronze.
Just found the information that it is part of a series from 1923 called "fabeltiere" (mythical animals)

Max Esser learned from 1900 to 1903 at the teaching institute of the Museum of Applied Arts in Berlin and at the Berlin Art Academy, where he studied in the class of the animal sculptor August Gaul. From 1906 Esser exhibited regularly at the Great Berlin Art Exhibitions. From 1908 he designed for the Schwarzburger Werkstätten in Unterweißbach. Esser worked from 1920 to 1931 at the Meissen Porcelain Manufactory, from 1924 as the director of a master studio. Later he made porcelain models for Hutschenreuther, the Royal Porcelain Manufactory Berlin and Rosenthal.
At the World Exhibition in Paris in 1937, his 1934 resulting plastic otter was awarded with a Grand Prix.