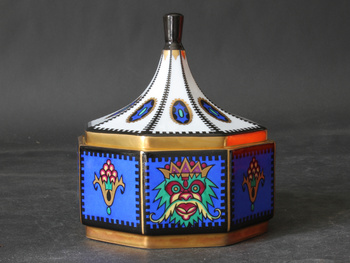 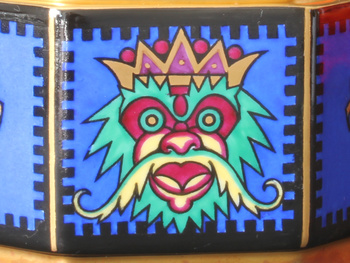 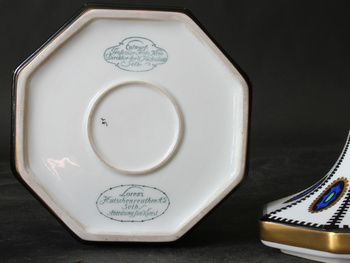 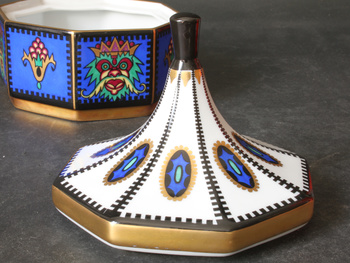 fritz klee (* 1876 in würzburg, † 1976 in stuttgart) was one of the german key figures of german porcelain design and architecture of the art deco period. he was the founding director and longtime professor at the staatliche porzellanfachschule selb in the period from 1908 to 1939.
after studying architecture at the technical university in munich, klee was employed by the stadtbauamt in munich from 1904 to 1908, including the artistic direction of the construction office of schwabing hospital, where five mosaics made to order still adorn the façade of the main building.
in 1907 he was given the direction of the newly founded state porcelain college in selb, whose director he remained until 1939. in 1911, fritz klee was appointed royal bavarian professor because of his outstanding achievements and in 1912 he became a member of the deutscher werkbund and bauhaus near design association.
from 1917 to 1922 klee was also the artistic director of the art department of lorenz hutschenreuther a.g., for whom he made a variety of dignified designs until 1939. in his spare time, he made tinkering puppets, with which he performed plays together with friends. after completion of his activities in selb klee moved in 1939 to stuttgart. even into old age he made drawings and collages. klee also designed porcelain for paul müller, zeh scherzer and heinrich & co.
exhibition posters and ex libris. the logo of the company hutschenreuther goes back to ih.
klee supplied the design for the showroom of rosenthal at the 1910 world fair in brussels.
from him came the design of the building of the state porcelain school selb, which today is the main building of the technical school for product design.
his theater puppets are exhibited in the stadtmuseum münchen and his late work contains mainly abstract drawings and collages.