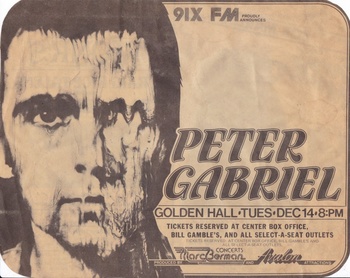 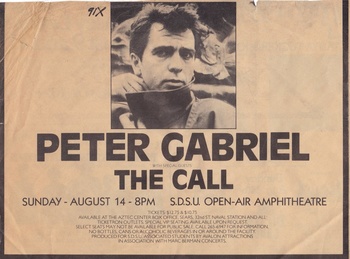 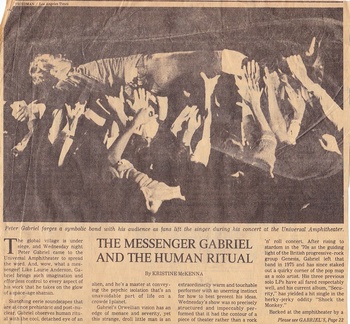 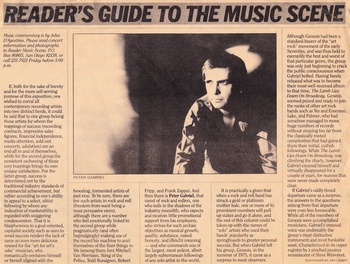 These are clippings from the San Diego Reader and the LA Times. Also perhaps the San Diego Union Tribune. I have lost track. I went to both the concerts in the advertisements seen in photos 1 and 2. Photo #3 credits the LA Times for the photo but I think it was the Union/Tribune.
The way I described the first concert was if you went to church and God showed up. The concert started with the band coming down the aisle all playing drums from the back of the theater to the stage. I managed to touch Tony Levin and Peter Gabriel. Had I been crippled I would have been cured.
Second concert was at San Diego State University Open Aire theater. The tickets said rain or shine but the concert was postponed due to rain. Have no memory of the band The Call. I can remember almost every opening act I have ever seen. The highlight of this concert was an encore of Here Come the Flood. When Peter sang "When the rain come..." it started to rain.
Got a few more clippings and, stuff in my long lost folder of stuff mostly music related so stay tuned. 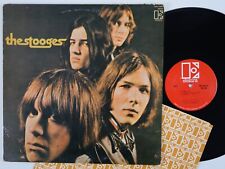