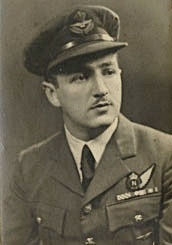 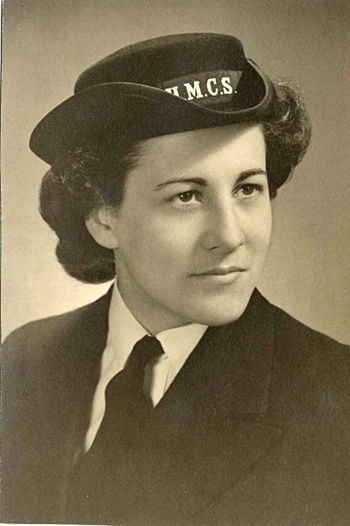 For a small country we take military action and doing the most we can as a duty and an honor.

The 2 World Wars affected everybody. We had drafted men, and rationing that was severe. Only to have convoy after convoy sunk in the Atlantic by the German subs.

My dad was 18 and joined the Air Force without permission in 1939, my grand father was a Major in the army, so he was found out, and the family let him go. he was trained in the Royal Canadian Air Force, his dream was to be a pilot, but his age qualified him to be a Lieutenant navigator in those huge bombers. He was shot down in 1944, escaped injury in the Netherlands, and walked through France till he was caught by the Resistance.

They were not sure if he was a spy, he spoke Canadian French, and was obviously scared. they gave him a bottle of brandy and decided he was ok, and arranged his return to England. He got a medal of courage for that. I was always proud of him or his guts.

My aunt and godmother - his sister Marie
My dad.