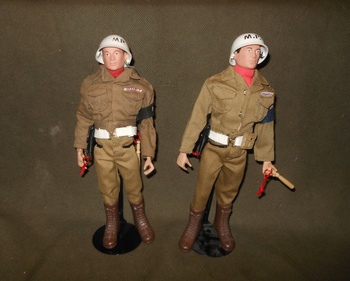 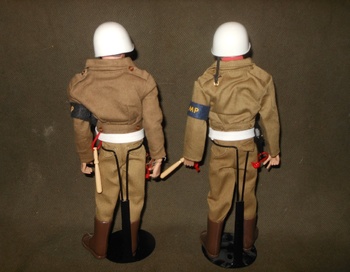 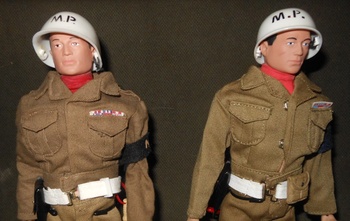 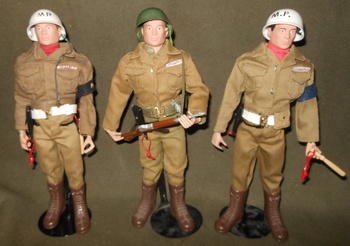 The original on the left and the 40th anniversary set on the right. Both are on 40th figures. I think the belts on both are repro too. The original is probably on another figure. I know I have it.
The main differences I can see is that the repro uniform is slightly smaller, the buttons are less opaque and the stitching is a slightly lighter color. From a distance they are rather similar.
I gave my platoon leader the Ike jacket from this set. The nice thing about 40th anniversary sets is that it makes it much less expensive to make a platoon.