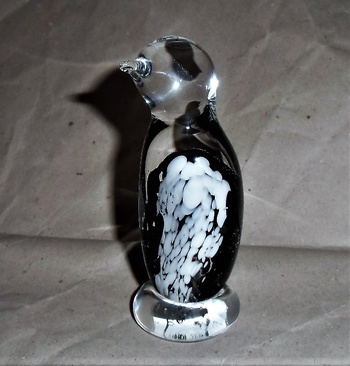 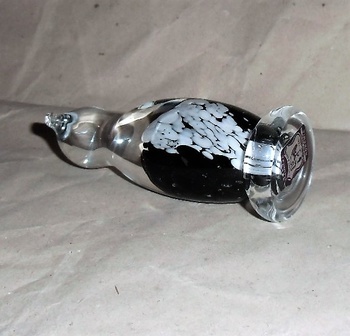 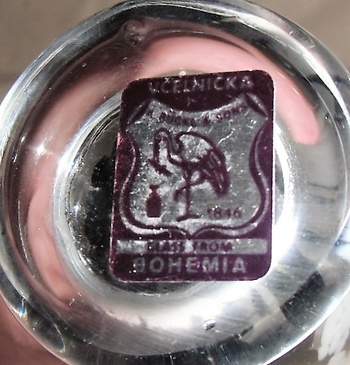 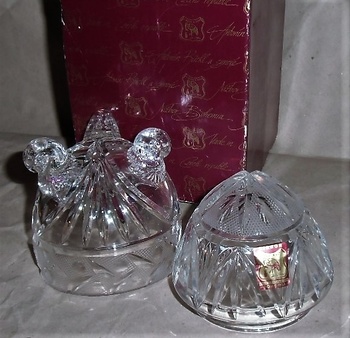 After publishing my Ruckl article in the All About Glass Magazine issued by the West Virginia American Glass Museum in October 2018, I continued to work on research for a Part II, which followed a totally different historical path, the main focus was on the Wilhelm Kralik & Sons Czech glass industries and family for the century, 1850 to 1950. This second installment had many twists and turns, to be published this month, after a study and translation from four German contributions for an internet glass research website submitted in 2017.

Because Ruckl survived where these other entities did not, only to become a cog in the Czech Soviet block run group of regional glass plants, it was not till 1992, that two of their plants resumed to be once again privately owned by a Ruckl descendant, two cousins, Jan and Jiri Ruckl, who had to purchase their assets back from the Czech Republic government, and register their trademarks and ownerships. These were inspired by the initial logo of a crane holding a medicine bottle cap, inside a crest with the date 1843. It was representative of the role they played as the initial providers of glass for medical uses.

It was not till WWI was over in 1919, that Ruckl pursued a new venture into decorative glass. There are several documents that prove this fact, in spite of the regional museums not having examples of this excellent glass from the Nizbor, Svelnicka and Chalice plants of the 1920-40 period.

First image ia a small penguin figurine, about 5 inches high, is has a round socle as a base, hand blown with a clear bubble in it's center and a mix of cobalt and white glass spatter body decor. I could not says, when exactly it was made, somewhere in between 1993 and 2011. They produced much utilitarian and traditional glass pieces with gild enamel, and painted flowers.

Second image represents what Nizbor was famous for, molded and cut clear crystal cabinet pieces, and all sorts of Czech republic honorary items, such as trophys for National sports etc. Here I have an egg box, with curled feet. About 6 inches high and very heavy lead crystal content made during the same span of time.

They have continued to produce decorative glass and crystal pieces, I own a few of them with their proper labels, see images. The owners may be related but are not the same glass operation. Svelnicka went into bankrupcy in 2012, and Nizbor changed their umbrella of investor conglomerate, eventually acquired Svelnicka in 2015. I do know that Ruckl is known for making the red glass which was one of their specialties used for the rear lights on automobiles, you can find several on Ebay.

Today the family no longer runs the operation, and as I have written before, Ruckl executives have modernized and made many changes including their logo, and a new retail boutique in Praque. 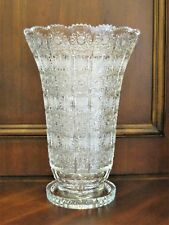