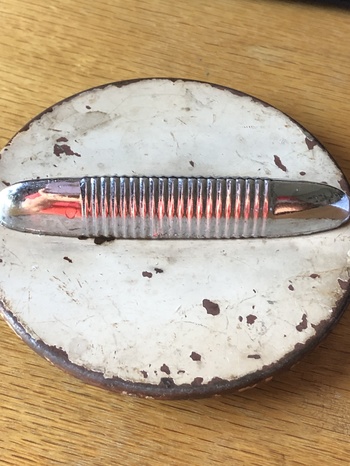 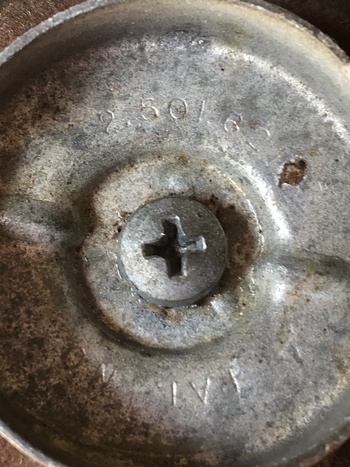 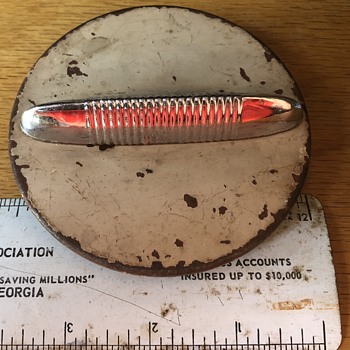 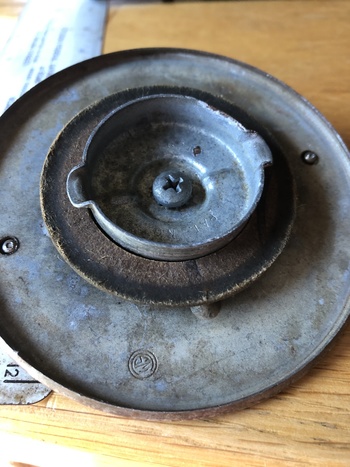 I found this cap in my dad’s tool shed among a bucket of other metal parts, tools and scrap from which he could rummage thru to find something to repair just about anything.

This looks like an old gas cap from a car.

After I cleaned some grime off, I found a logo and a patent number on the inside. There is a rust spot that might be obscuring the last digit of the patent number but I’m not sure.

With chrome on the gas cap, I’m assuming it came from a car with lots of chrome on it.
And it is from when gas caps were on the outer part of the car, not recessed as they are today.

I know so little about cars but I want to document the facts about it and pass it on to my grandson someday.

My dad always bought Fords except for one Chevrolet he bought in the late 50s or early 60s. I recall the large horizontal fins on the back and the color was called Colonial Cream....I have no idea why that paint color name has stuck with me all these years.
The chrome and paint color on this cap made me think of that car he bought.

I’ve wondered if he found this cap and kept it because it made him also think of that car....or was it just something he thought might come in handy fixing something someday?

I welcome comments and info!
Thanks for looking!