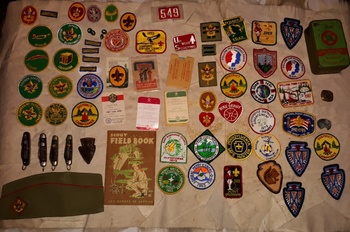 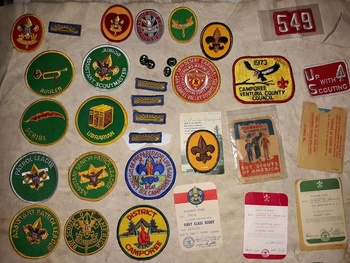 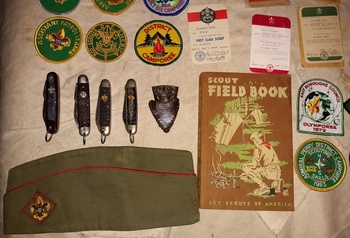 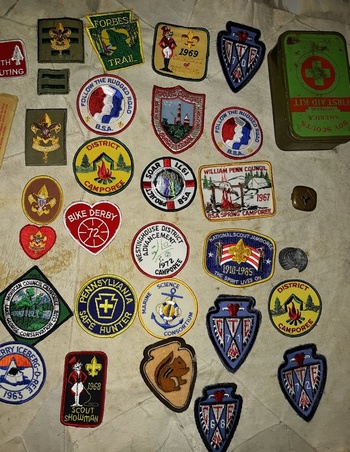 Was going to post a uniform but didn't have the time to put it together so the stuff that goes on a uniform plus some stuff.
The quick description is rank and position patches on the left and camp patches on the right.
Photo #2 features the rank and position patches. These are mostly the ones used from the early 1970s to 1989.
Photo #3 are the pocket knives, 1950s/60s hat, scout manual and of course stuff.
Wrapping it up are the camp badges. These seem to be the most numerous as attending a camp is easier than gaining a rank or position.
Next week either a uniform or mare random scout stuff.