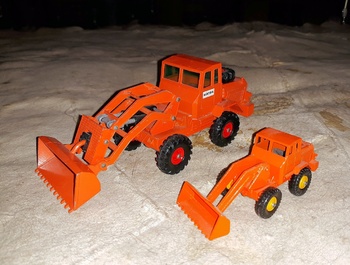 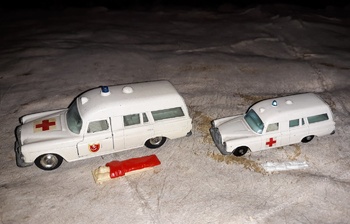 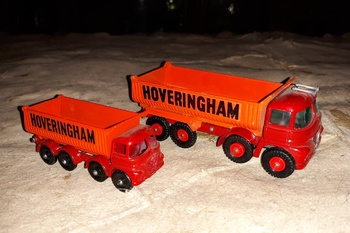 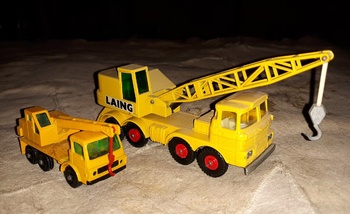 Four more of the regular one through 75 series Matchbox and their king-size counterparts.
First we have the hectra tractors also known as a front-end loader. I like the hydraulics on the King Size version.
Next we have a pair of Mercedes ambulances. Note the patient on the stretcher. Both have splints for broken bones.
Number three is the NuvaRing ham (I used dictation should say Hooveringham) 8 wheel Tipper. It is orange.
And finally wrapping it up is the regular size Dodge crane truck although the king-size version is a Scammell crane truck but they pretty much are vastly similar.