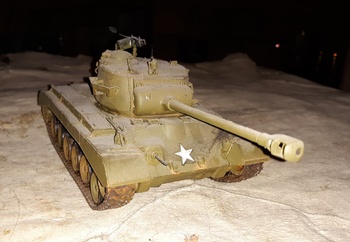 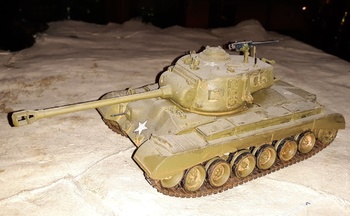 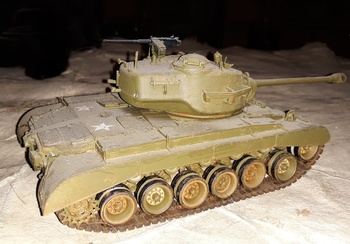 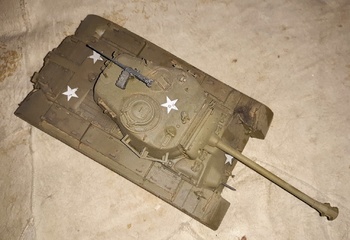 This seems to be the tank all the little plastic tanks in playsets is based on. This is the M26 Pershing. I think all of 26 saw service in WWII. But then again I believe a second batch was sent in. Many think this tank should have seen service sooner in WWII it had issues with too small an motor and transmission problems. It also lacked a turret basket which makes the gun difficult to load. Turret baskets are a floor that moves with the turret and without that the loader has to dodge the gun as it moves. It did have a good gun for WWI and Korea and very well designed ballistic shape to deflect incoming rounds. It worked very well in Korea against the T34/85.
As the for model it was made by Tamiya in 1/35 scale. Pretty easy build and it came out nice. Could have used some kit to put on the outside to make it lived in.