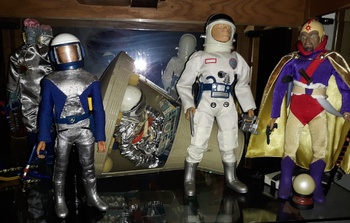 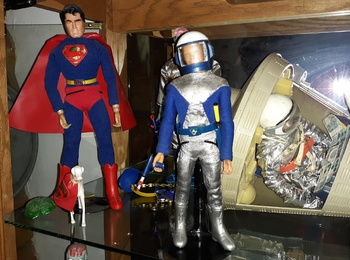 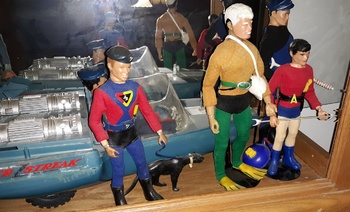 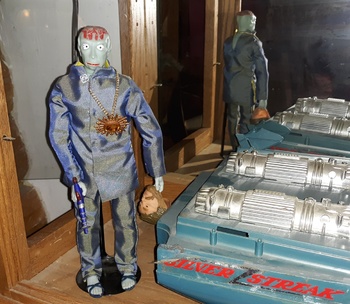 Been moving the GI Joes, Captain Action, Noble Knights and other figures around. The GI Joe space capsule is there with the space related Captain Action figures. As seen in photo #1 along with Flash Gordon and Action Boy in his space suit.
In photo #2 Superman is off to the side along with Krypto. Krypto was with Super Boy bin the comics but they Ideal paired him with Superman.
Action Boy again, Aquaman and Aqua Lad in photo #3. Comic Book characters in the 1960s always seemed to have the youthful companion thus Action Boy who could be dressed as Aqua Lad, Super Boy or Robin. The Super Boy set is really neat but very expensive. I should start working on it.
Last is Dr Evil who is Captain Action's arch enemy. He has an exposed brain and disguises of his own. Although they didn't have different outfits for him until the 1990s Playing Mantis remake. Got two more shelves to share.