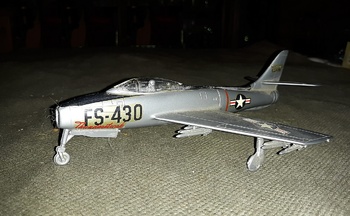 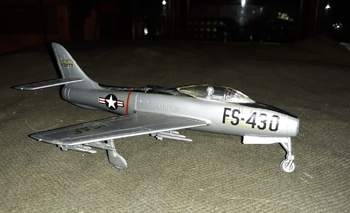 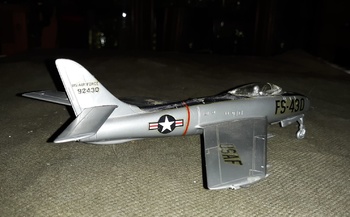 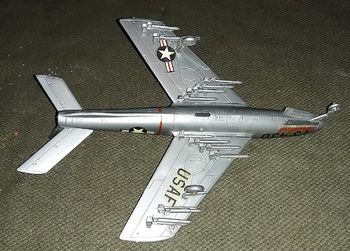 Thought this old model would fit in the background for my GI Joe Action Pilots. The original figures were based on the Korean War and this is a Korean War era plane. I have the straight wing version around here someplace, that one is the D model. It was more of a ground attack aircraft than a fighter as it was on the obsolete side even with the swept wings.
Got this built up. Looks like an easy build with no need for paint although paint would help. But this was something a kid could do without help from a parent. I think this kit is is from the 1960s/1960s. I haven't found a match yet.
The best part of this model is lots of rockets under the wings. Kids want to see a lot of ordinance, guns and so on.