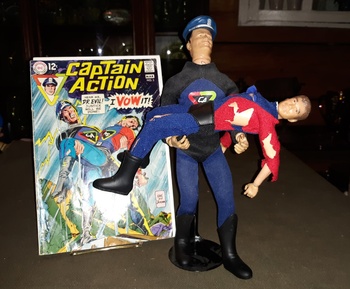 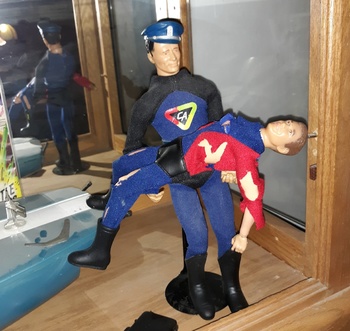 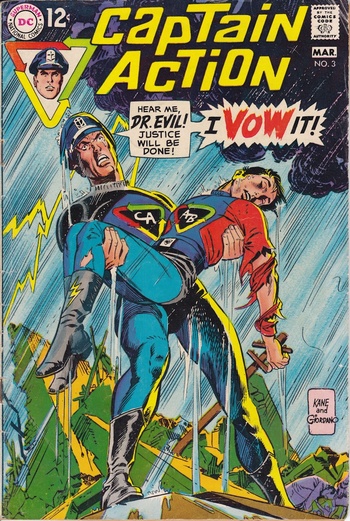 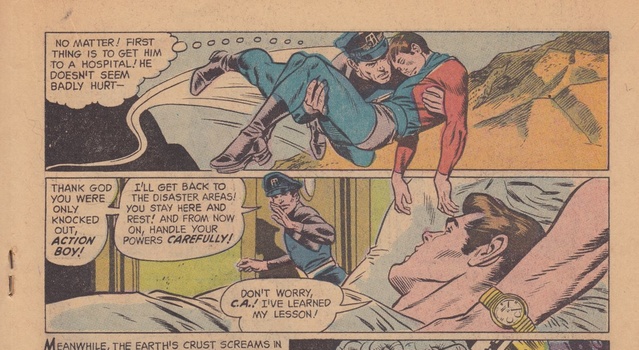 The Captain Action Comic Book Issue #3 Plus the action figures acting their part from the comic book. Which is pretty much what the title says.
The Captain Action comic book was a five issue comic book set that was based on the Captain Action toy line. I believe this is the issue that introduced Dr Evil. This was in 1968. I think the toy line started in 1966. Captain Action and Action Boy had outfits so they could change into different super heroes. Also they were super heroes just as themselves. They had super hero costumes like Superman/Superboy and other DC and Marvel superheroes plus the Phantom, Lone Ranger and more. The comic had them with ancient coins that gave them superpowers. It was a bit confusing and the comic did not do well. But this comic has artwork by Gil Kane which is great. The story not so much.
One thing about comic covers is that what happens on the cover does not quite happen and the comic book insert in photo #4 shows what happened. He got knocked out which in comic book land is no big deal but in real life is called a concussion.
The figures here are original 1960s. The costume Action Boy is wearing is actually a Kid Action reissue so is expendable.
I think I need to post some more Captain Action. The vintage outfits are the most expensive of any action figure but I shall see if I can find a bargain or 2. The Super Boy set is really neat.