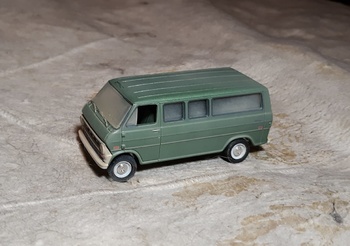 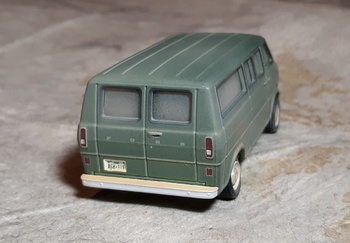 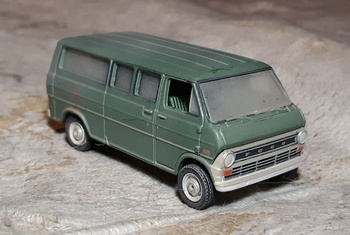 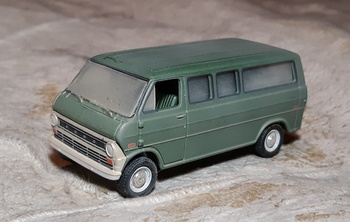 The Club Wagon is apparently another name for van. This one has windows all around so probably has 3 rows of seats so a wagon of sorts. I have never seen the Texas Chain Saw Massacre so I will take their word for it that this is the van from that.
This van is delightfully dirty and as usual for Greenlight is highly detailed. This is 1/64 scale about the size of a Matchbox model.
The license plate is Texan and reads BGH 119. Also it is a 1972 plate so the crazy murderer is current with the DMV at the time. In the meantime check out the detail on the grill. I can't see until I look at the closeup photos. It says Ford so any pedestrian struck by it can identify it. Other nice touch is dust on top of the rear bumper but as that is wear dust would collect.
Hopefully they make panel version of this. Especially the custom version with the long windows near the rear.