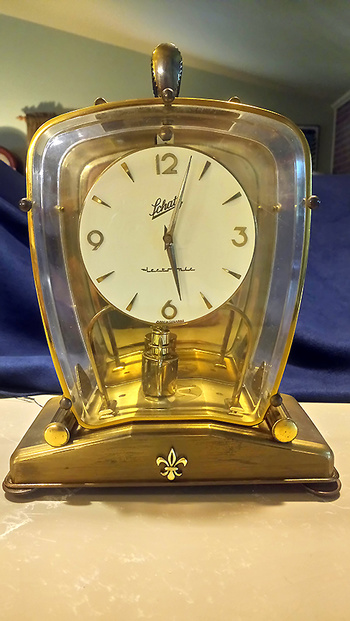 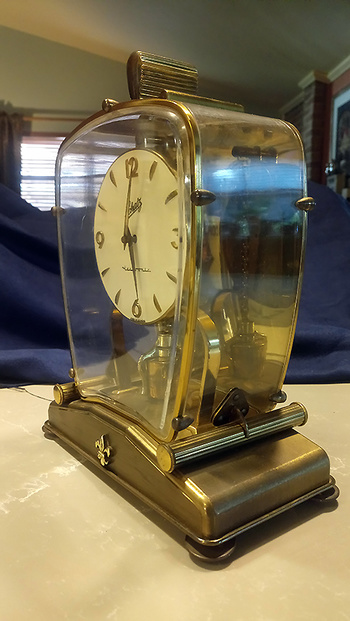 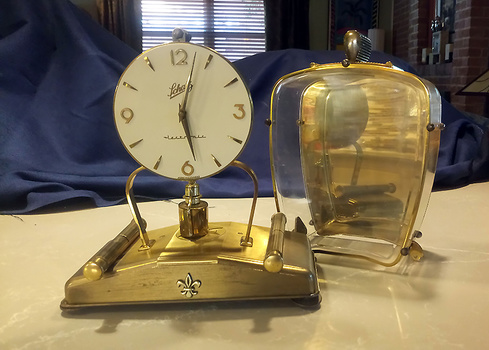 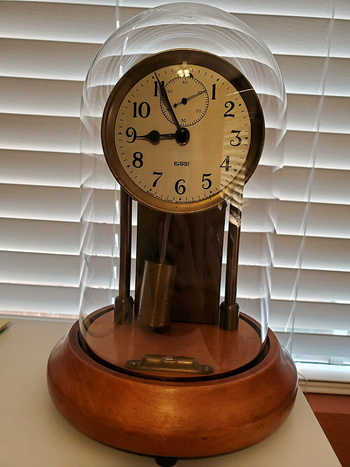 This 50's deco clock is based on a much earlier movement from the 20s and 30's. Arthur French Poole developed and marketed the movement until his company went bust and was bought out by Barr Manufacturing in the 30's. The Poole/Barr clock (see picture 4). operated on a 1.5 volt battery, which caused a magnet on the pendulum to swing advancing the clock. Schatz took the idea and added a transistor to it and marketed them as "Lectronic" clocks. Their hope was that this clock would replace their 400 day anniversary clocks, It didn't. Schatz produced two models, this clock and a black floral faced one.