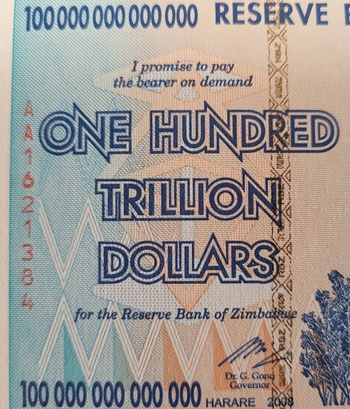 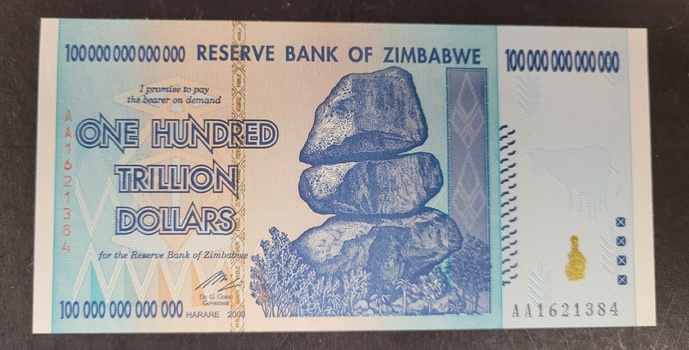 This is what happens when you have super inflation. Similar situations have happened to other countries after wars. This dollar was produced at just about the peak of the hyperinflation.

The Zimbabwean dollar and hyper inflation was due to this dollar trying to compete and replace other local currencies. Over time the value kept going down as it was still competing with other currency of the region.

If your wondering....its worth .40 cents American. You would need more than this note to ride a bus in Zimbabwe at that time!

Best explanation I've seen:
"A trillion, by the way, is a million million. There are 12 zeros in a trillion. Add another two to reach the total on the Zimbabwean 100 trillion dollar bill, the note with the most zeroes of any legal tender in all recorded history."

Interesting facts...originally these bills could be bought very cheaply. They were gave out as funny gifts. Then....
" The Wall Street Journal reported in 2011 that David Laties, owner of the Educational Coin Company in New York, had speculated about $150,000 (£104,000) importing the notes from Zimbabwe, sensing they would become “the best notes ever”. Frank Templeton, a retired Wall Street equities trader, bought “quintillions of Zimbabwe dollars” (that’s thousands of trillions) for between $1 and $2 each, via a broker from the Zimbabwe central bank. He would then sell them on for several times the price."

One last observation....it seems that the biggest tourist scenes are a big rock, a waterfall and a water buffalo? 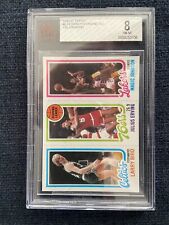 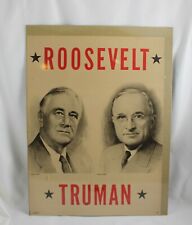