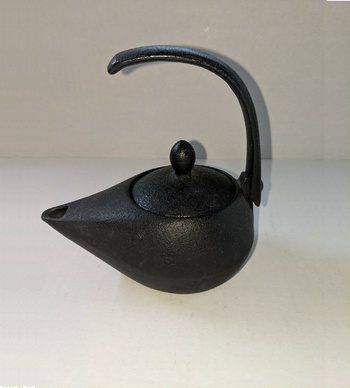 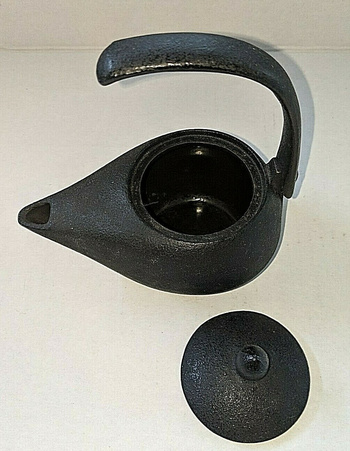 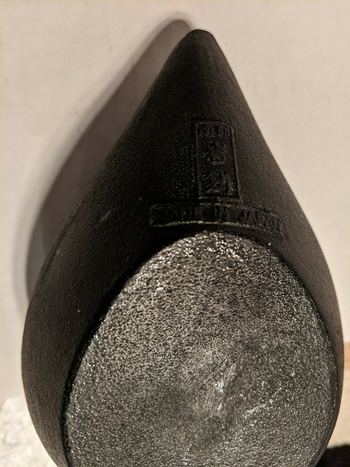 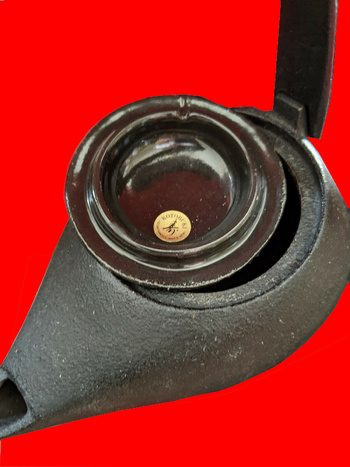 I had concluded my kyusu collecting with the provision that I might add unusual examples in the future if I came across one that was both odd and inexpensive and lo and behold this one popped up. It is an 8 ounce pot, so a small one. The handle hinged and swivels to the side. It has a Kotobuki label under the lid which suggests that it has never been used. No idea when this one was made or what the Japanese name for it is. This is the only example of this kyusu I could find which propelled my purchase.

It is missing its infuser which is a major pain as Iwachu has produced a dizzying array of kyusu in various shapes, sizes and colors and I have not found a good source for buying replacement infusers. As a warning to folks who happen across a nice used Iwachu kyusu sans infuser, it may be difficult or impossible to find one that fits since both the diameter and depth of the infusers are critical. I have had very little luck (meaning zero luck) in finding replacement infusers and in a couple of instances have bought second, similar pots which came with their infuser so I would be able to use both pots. Right now, it is still possible to find inexpensive, used Iwachu kyusu in the US but that may not always be the case. Kotobuki, on their web site, sometimes offers replacement infusers or at least gives the part number for some of the kyusu they sell but is very inconsistent in doing so. I have not yet been able to find any infuser that I need on their site. Third party infusers have not worked out at all, either.

BTW, today is the first day that my eyes have been close to normal again except for some occasional cloudiness which I am sure will clear up soon. Still trying to limit my computer time as that seems to put the most strain on them. 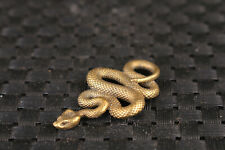 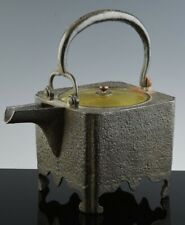