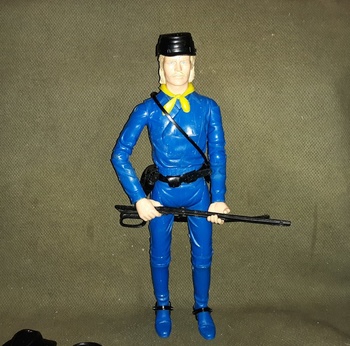 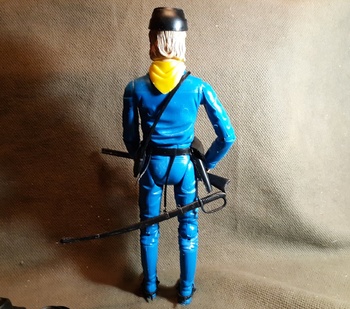 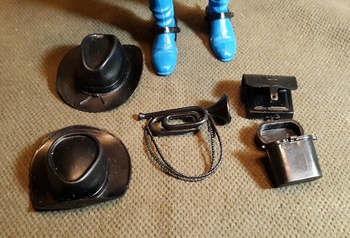 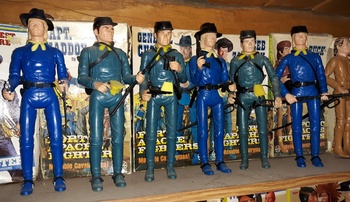 Picked this one up because he had an intact neckerchief and belt plus a the spurs and spur straps. The neckerchief is almost always broken where it connects in front. Plus one can never have too many cavalry figures.
General Custer was released in 1968 and sold through 1977. In 1975 his accessories went from black to dark blue and silver so that puts this one at 1968-74. He was part of the Johnny West series of action figures which was sort of a western equivalent of GI Joe. I put the kepi hat on this one (came with 3 hats) so now he is trooper Custer. The other cavalry figures were molded in a flatter steel blue which I prefer.
Last photo Trooper Custer is on the right with some of the other cavalry figures. I think Captain Maddox wants his neckerchief.