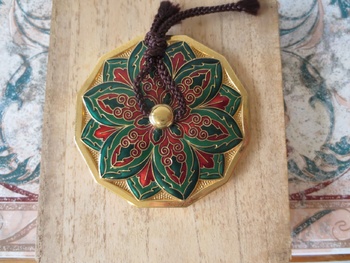 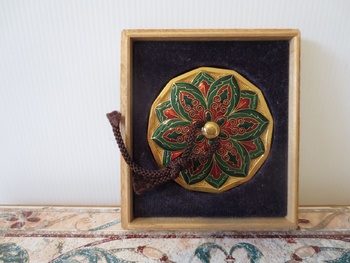 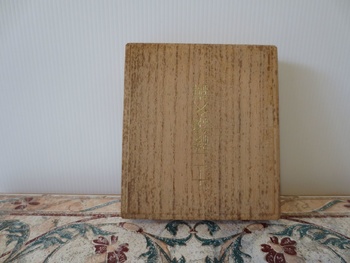 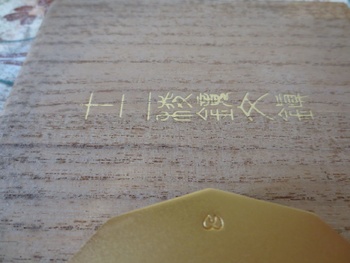 Brought this years ago from an Antique Store for "her indoors" but she didn't like it so added it to my collection and got her something else. Has an interesting tale, after paying for it (I always like to hear these stories after buying something as you know they aren't embellishing an item for sale) the proprietor told me she got it at a big auction clearance of 2 houses that had belonged to a former 3 term Prime Minister of New Zealand Robert Muldoon. Apparently the houses were chocka full of gifts he had received as PM so I'm sort of picking it isn't just junk. Has an interesting little symbol on the back, does anyone recognise it? I have done some searching through the internet but never seen anything like it. I am also interested in what it is made of? Came in the small box which I think is called a Tomobako