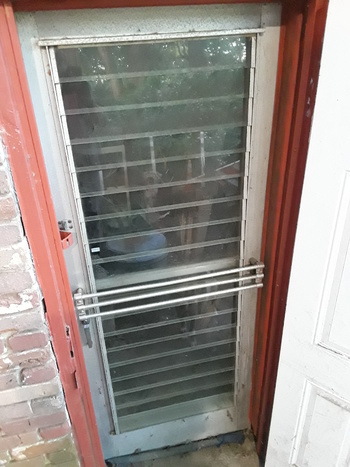 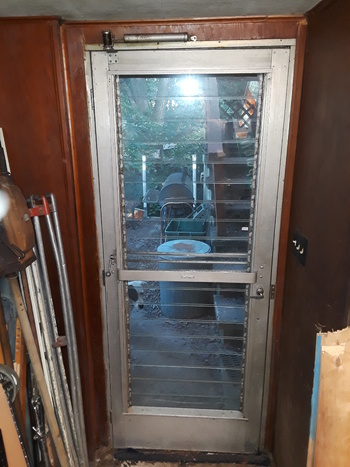 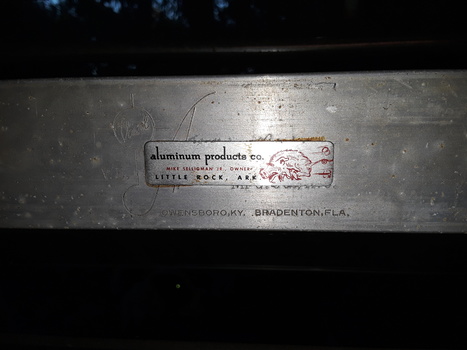 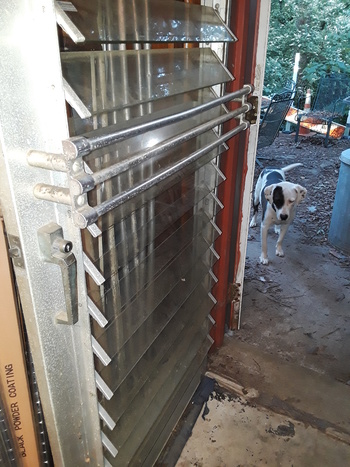 The other day when I was in and out of my basement for something else collectable, I realized that its (inner) door to the patio might be old/interesting enough to show here too, so what the heck - I took some pics of it and here 'tis. This door came with my house which was built in 1954, if that door wasn't original equipment to it there's no doubt it came along very shortly afterward. (an early resident here built his own 'TV/HiFi man cave' in there, most of his cabinetry remains)

Not your average 'screen door' at all, it is quite sturdy and surprisingly heavy, even allowing for the weight of the glass. Pics 1 & 2 are exterior/interior - in #2 note the heavy duty pneumatic closer above and the lever on the LH side by the handle which opens and closes the glass. The windowpanes are open in pic 4, (Oreo pups made a cameo) and the lock/latch handle and cool 3-tube guard bar are seen. Pic 3 is a closeup of the middle of the solid inner push-bar which is curious unto itself - the local door dealer seems to have applied his own smaller name label atop the much larger originally engraved name of the actual maker of the door. I can't make out what that name is...??