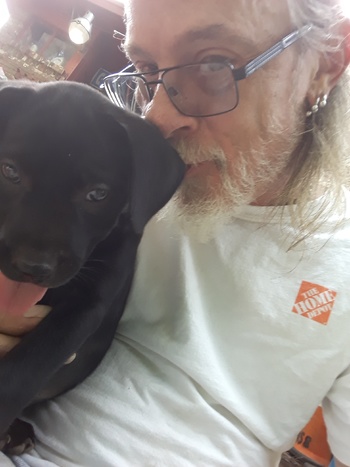 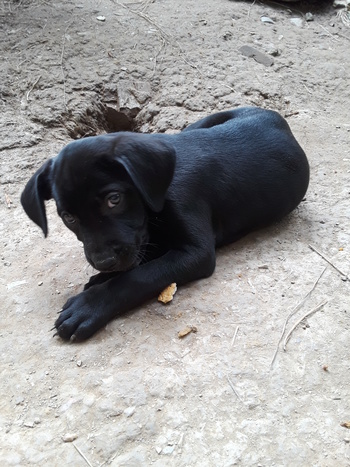 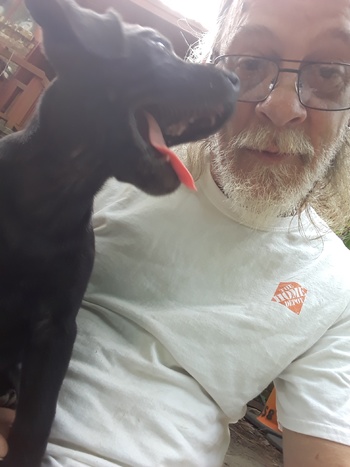 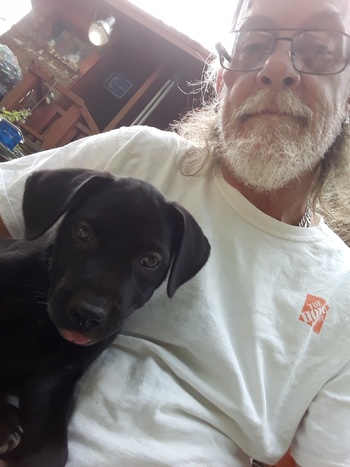 Y'all have seen her before, but she just earned her new name yesterday when she returned to my backyard. . .

Since the puppers are all officially old enough to find new homes as of Sunday, that is, which indeed 3 of 'em now have done. Little Lucky here is the one that caught my fancy the most, not only because she was officially the last (surprise!) number 9 born, but also because she was the smallest of the litter and the only completely black one of the bunch. That story is actually near identical to Woda kitty's 'come to me' story as matter of fact -- how could I resist the irony??

Our friends who adopted her and another of the girls decided, once they got her home and their existing (and elderly) little dog didn't seem to take to her, that they'd rather have a little boy instead -- so she came back home the next evening and got herself officially 'exchanged'. :-) :-) ;-) :-) :-)

WORKS FOR ME . . . like I said I'd intended to keep her anyway, and now that my intent is *perfectly* clear, she won't be going anywhere again soon, unless somebody else around here gets hurt first. . . <LOL>