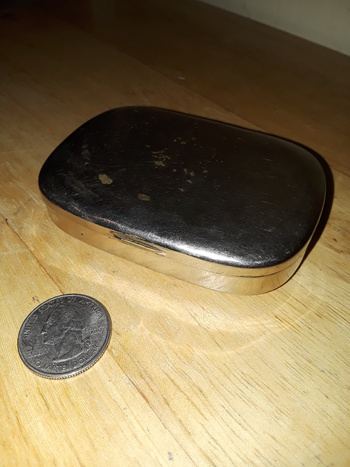 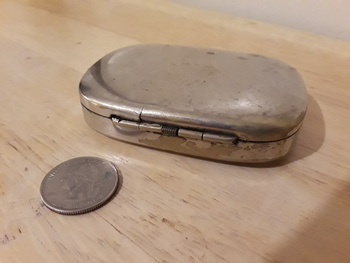 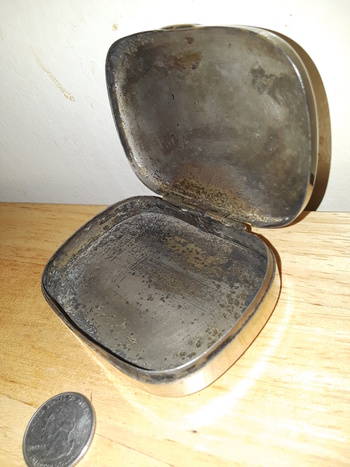 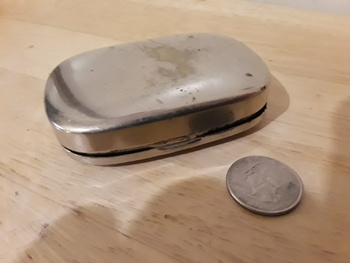 It is a chrome plated brass box with rounded corners, about 3-1/2" x 2-1/2" x 3/4". The hinged lid fits snugly and looks like it was once springloaded, a small ridge on its other edge lets a finger easily open its basic catch. The outside plating is mostly intact with a little wear and flaking, the inside was once plated as well but has sustained some corrosion from something that's since been scrubbed out -- I did the scrubbing back then. There are no markings anywhere now on it, and it doesn't look like there ever were any.

Does anybody else here amongst the Learned Collectors happen to have any idea what it first might have been made for?? Anybody wanna just guess?? What would *YOU* use it for??

We could make it a GAME -- what's the WEIRDEST thing you could use it for?? <lol> 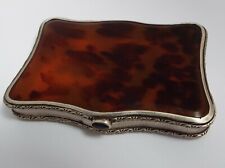 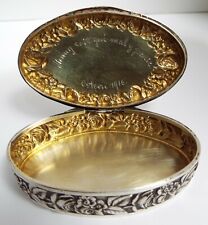 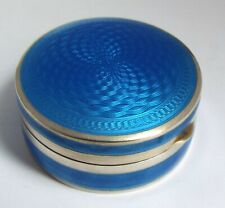 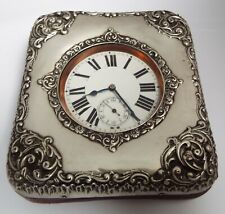