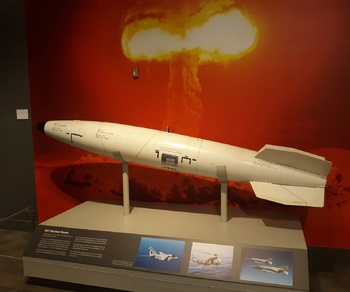 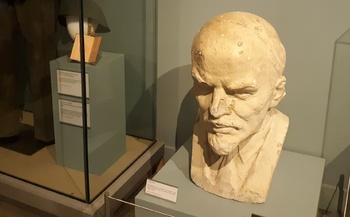 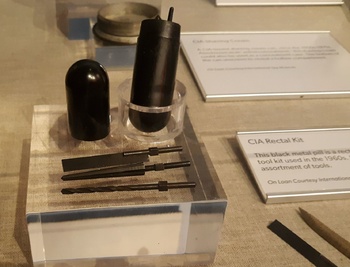 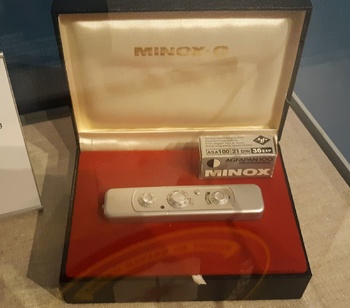 A nice little display at the Nixon Library, Nixon as in Richard M Nixon. It is basically a museum mostly covering the period of history when he was president. The Cold War display is a temporary display there.
Staring off is disarmed nuclear bomb. It is a dumb bomb but so were the Hiroshima and Nagasaki bombs.
Next a plaster bust of Lenin. The communists were really big into this sort of thing.
CIA Rectal kit. For escaping from captivity after the guards have gone to lunch.
Minox C which is what was then mini spy camera.
These are some highlights. Not quite sure why a Flipper movie poster just outside but Flipper was the mascot of the Miami but not sure what that has to do with the price of fish.