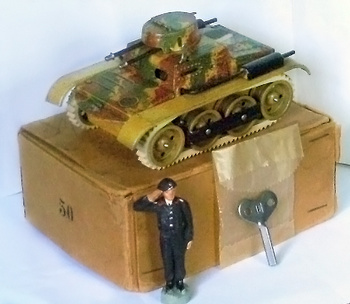 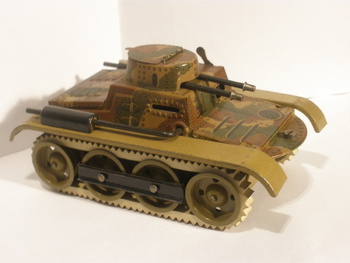 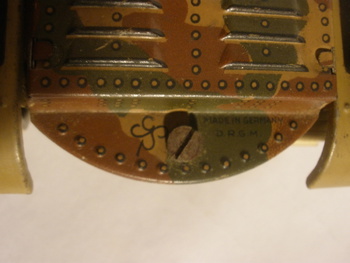 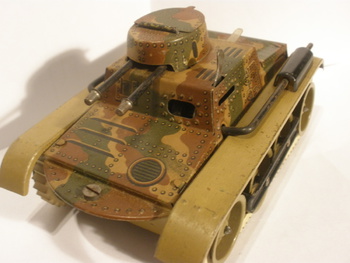 I'm posting this as my first Show & Tell mostly because it's the one of the only half decent photos I have!

Anyway, One of my favorite toys because of my bad luck in trying to get one. The first model of this kind I saw available to buy slipped away in a case of mistaken identity (seller thought another person was me), doh! Later, when I found this one (which was in Germany), I was thrilled to be able to buy it. As if the first disappointment wasn't enough, there was an extended hold up getting it here because of clerical errors, wrong address, and other ridiculous red tape. It was an exercise in patients to say the least!

In then end, it got here and I was thrilled to have it. Came with a snazzy composition panzer soldier (not certain of the maker) and an original, but plain, box.

The tank itself is a wondrous little thing. Made by Gescha in the mid-late 1930s, it approximates a Pzkpfw I with the hull layout (turret on the side with two small guns), even has a few simulated rivets pressed into the tin. Has a flint that sparks when it's running, which usually scares the dog. Litho is intact and the rubber treads are still soft, which is impressive for 80 year old rubber.

In retrospect, I think this little group is nicer than the one I first tried to buy. 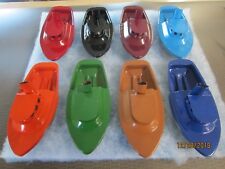 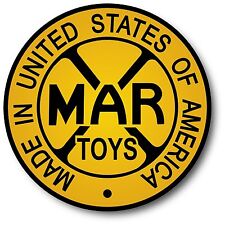 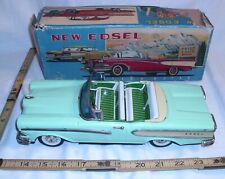