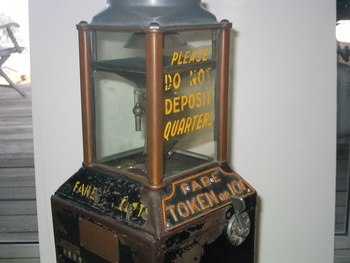 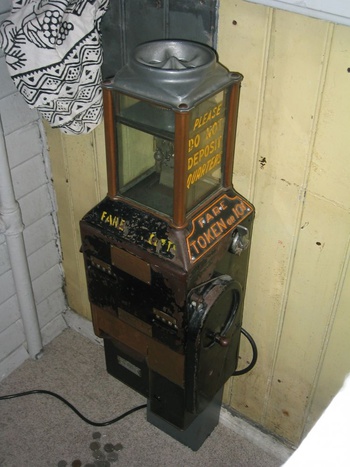 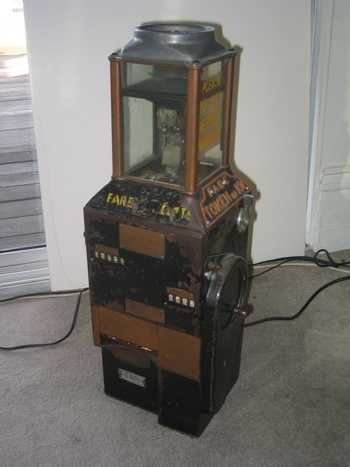 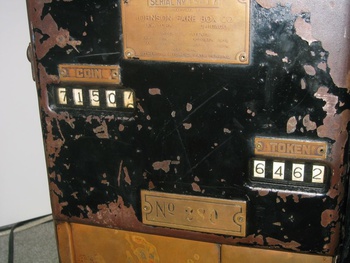 (Johnson Farebox Co., Chicago, IL) I found this Johnson model D Farebox in Bisbee, Arizona, and it turned out to be a San Francisco Muni farebox, according to Michael Sheridan, who helped me repair it. He said it was probably used on a bus line, and was one of a batch of fareboxes sold to a man in LA when it was decommissioned, from where it found its way to Bisbee. Believe it or not, the tokens sold by Muni today still work in this box. This model has the electric motor on the bottom, which runs on 12 volt DC power. It can also be run with the hand crank on the side. Note that this farebox only counts the coins and tokens, but does not store them. Dad helped me get this running with a small power unit I bought at Frys.