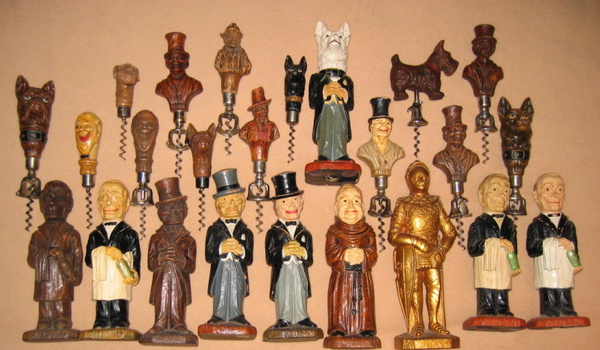 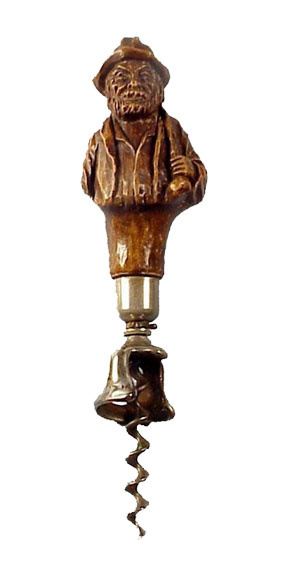 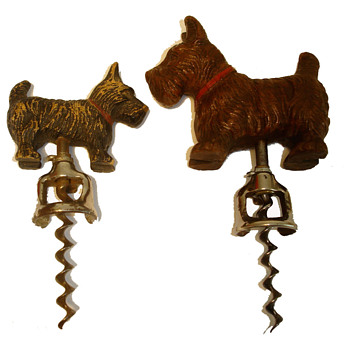 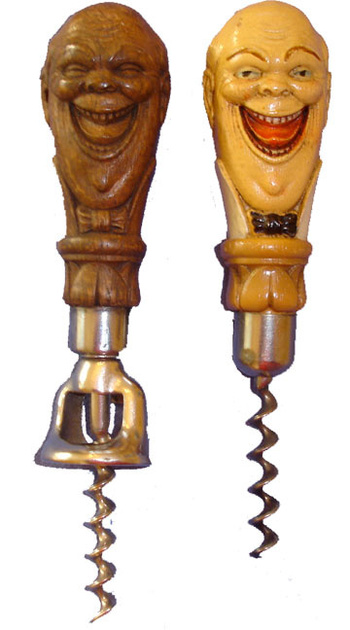 The SYRACUSE ORNAMENTAL COMPANY, also known as SYROCO, was founded in the late 1890's by an Austrian woodcarver named Adolph Holstein. Initially the company produced ornamental carvings for the embellishment of coffins and furniture as well as the interiors of fashionable homes, including the New York Governor's mansion in Albany. As demand increased, a molding technique was developed where Syroco could create perfect replicas of their original carvings. These molds also featured a wood grain within the mold, allowing for a more detailed aesthetic. The recipe of wood flour, waxes, and resins combined with compression molding created an inexpensive, but high quality product.

As the 40's approached, demand for Syroco was waning with the new popularity of Danish Modern with its clean simple lines and less ornamentation on furniture. Novelty items became a new venture for the company; focusing on house wares, barware, and items for the smoker, as well as other offerings. Syroco literature suggests that this was not a profitable time for Syroco, yet it allowed the company to survive into the 1950's.

During the 1950's, Syroco started to change directions again. And, while novelty items still appear in their catalogs of the time. Highly stylized wall mirrors, sconces, and decorations became the company's focus. This may seem like the beginning of the end of corkscrew production for Syroco. And, of course, ultimately it was. However, in Syroco catalogs corkscrews can still be found into the mid-50's.

In 1953, Syroco introduced a process for obtaining the finish on these seemingly gilted home accesories, called "metalgold"; a process, as the catalog states, "...wherein real metal is deposited on the object and toned and shaded by skilled hand operations." This could explain the introduction of the Golden Knight corkscrew which has a similar finish--although perhaps he would be more aptly called the metalgolden knight.

I have yet to find a reference to said Golden Knight in any syroco catalog, but I have, over the years, owned three of these pieces and all have the Syroco sticker. The sticker is different than found on other items however, as it references three showrooms (New York, Chicago, and Los Angeles) early stickers have no reference to showrooms, and the 1950 catalog mentions the third showroom in Los Angeles. This would lead me to believe that the Knight is post 1953, whereas the others were introduced in the 40's.

The earliest reference I have been able to find for these pieces is in a Syroco catalog from 1940...pieces continue to appear in catalogs in 1947, and 1955. However none of the catalogs that I have seen picture all the corkscrews that Syroco made. Labels that are affixed vary which, as previously mentioned, may offer some dating. For example, early waiter and codger pieces say SYROCO, while other pieces read SYROCOWOOD. Other stickers have shown SYROCO New York, SYROCO New York and Chicago, while others added Los Angeles to their name plate. Other variations also appear. Oftentimes the Clown or Monk corkscrews appear with a sticker which reads "KING." Both the monk and clown, however, are pictured in Syroco catalogs.

There are other Syroco corkscrews that I am still trying to find. The stained/painted/variations of paint or bell/direct pull counterparts of those pictured below are some that I am seeking. I am fascinated with this company and have tried to research the company's history. Unfortunately due to a fire at SYROCO in the 1990's, and many ownership changes, almost all of the records, old catalogs, archives, and other valuable information were lost. What remains are some wonderful, quirky, and brilliant corkscrews made of compressed wood flour, waxes, and resin, that keeps collectors hunting for the next piece.