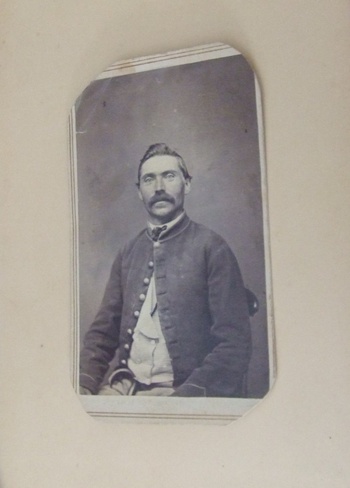 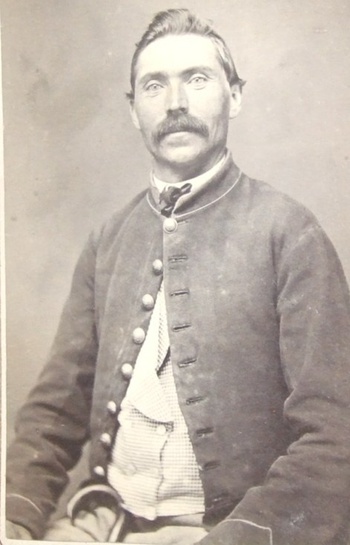 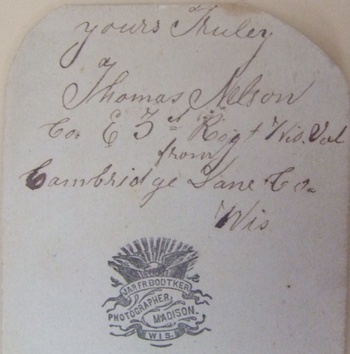 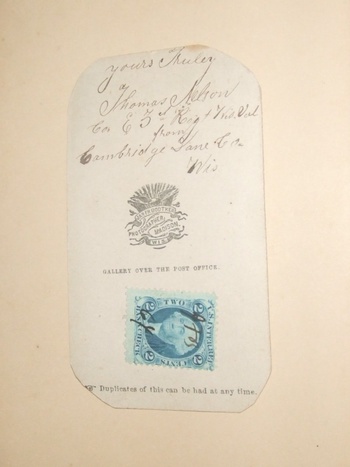 This is an identified carte de visite (CDV) of a Civil War soldier.

The period ink ID on the back identifies the soldier as "Thomas Nelson, Co. E 3rd Reg(iment) Wis(consin) Vol(unteers)".

The 3rd Wisonsin was a hard fought Regiment-- Antietam (over 200 casualties), Chancellorsville, Gettysburg, and the Atlanta Campaign.

Pvt Nelson enlisted 20 JAN 64. On 25 May 64, he was wounded at Dallas Georgia. He was sent back to Wisconsin to recover and it was during that time that he had this CDV made. The CDV is cancelled with a "64" putting this image at some point between 1 SEP 64 and 31 DEC 64.

Additionally, I can surmise that Nelson suffered a leg injury as he is holding a cane in his hand.

Nelson never returned to the 3rd Wisconsin. In January of 1865, he was discharged to accept a promotion in the 45th Wisconsin. The 45th was part of the occupation force in Nashville, TN. LT Nelson served in this unit until the end of the War. On 20 JUN 65, he resigned his commission and returned to Wisconsin.