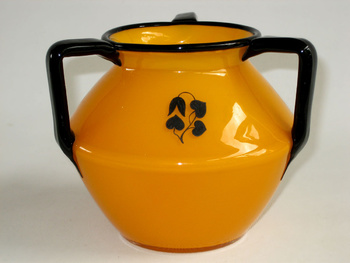 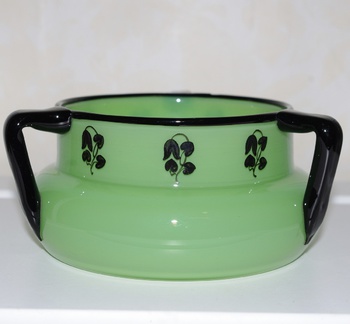 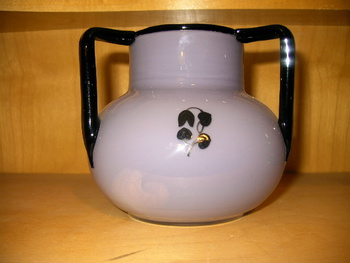 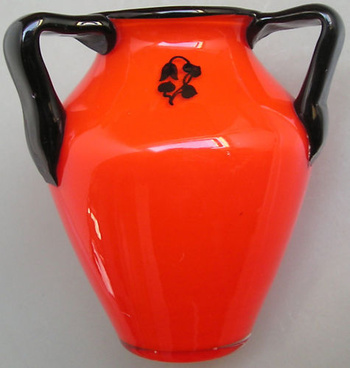 Loetz did this iconic flower on many vases and bowls during the 1920's 30's. It is possible that Loetz did the enameling themselves as it appears pretty consistently on the three handle pieces (Ausf 162) but not on any other shapes, Strange...? Dogobert Peche, who was an incredible Renaissance man of the decorative arts is widely credited for the design but I have seen no definitive drawings with tango glass. The closest Designs that are attributable are on a cameo bowls or ceramic pieces. Hosch refinery could have done these because they worked closely with Loetz on many similar shapes but there is no evidence of this so far. In the coming month I will show some other enamel examples found on tango glass. If anyone has examples of this pattern on a non-3-henkel vase I would love to see it. 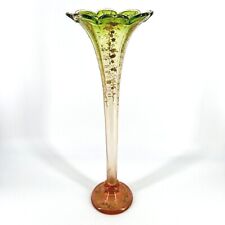 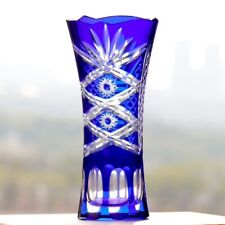