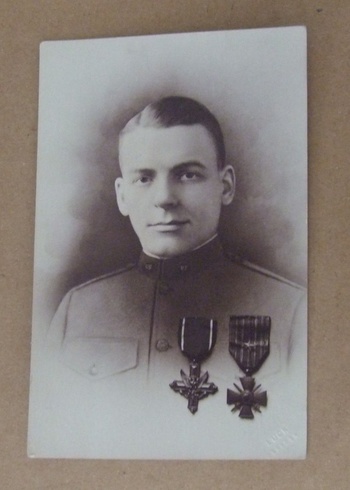 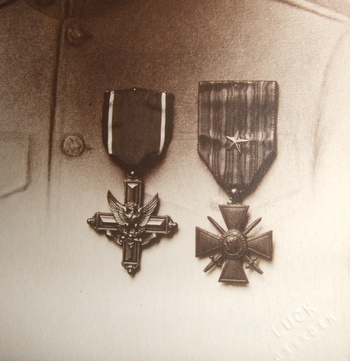 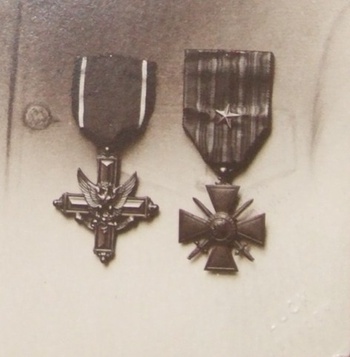 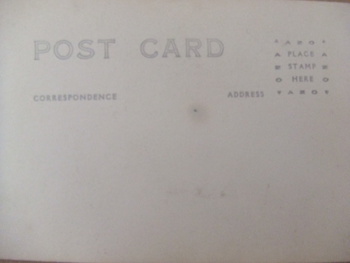 This is a Real Photo PostCard (RPPC) of a WW1 soldier from Wisconsin who was awarded the Distinguished Service Cross (DSC).

The postcard was made from an earlier portrait-- appears have been a large 16 X 20 "charcoal" or "pastel" print of the era. The original was most likely taken prior to the the soldier shipping out overseas.

The DSC and the French Croix de Guerre (Cross of War) with Bronze Star are the actual medals that were placed on top of the image for photographing.

The photographer is "Luck" out of "Oshkosh" Wisconsin and it is impress marked at the bottom.

The postcard back is AZO indicating it was made shortly after the end of WW1.

Most likely this was made as a family memorial for a soldier who was killed in battle. Wisconsin was heavily represented in the 32nd and 42nd Divisions and this soldier MAY be from one of those units. Further research may eventually identify this hero from the War to end all Wars.