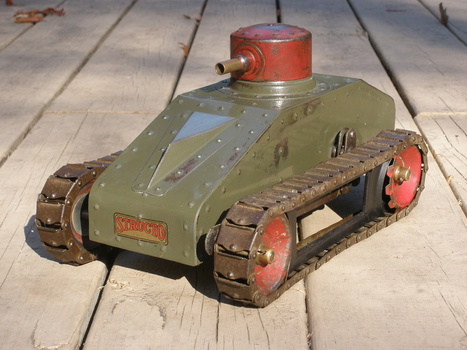 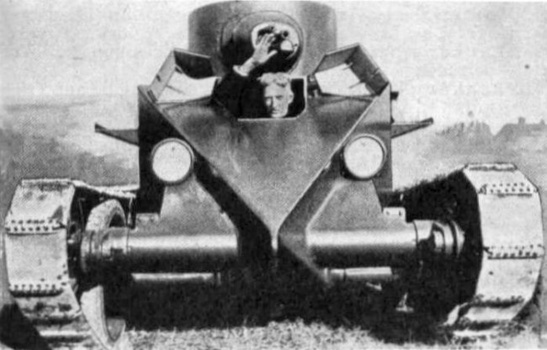 Very rare 12" Structo tank only made between 1930-32, rare mostly because it had a large (and expensive) motor which made it die hard at the start of the depression. It has a huge triple spring motor that would be too tough to wind with a key, so it actually has a 8" built in ratchet lever to wind it! It may look like a total fabrication, but I think it was based quite strongly in reality. I think it represents Christie's designs of the day fairly well. At the very least, you can see where they took many of the design elements.