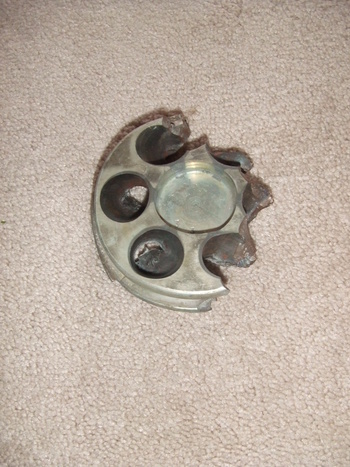 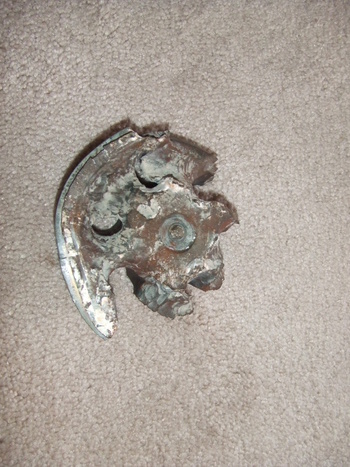 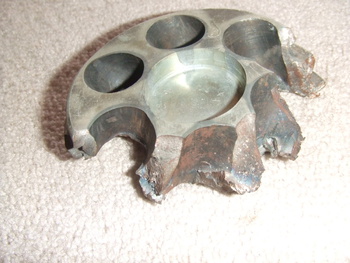 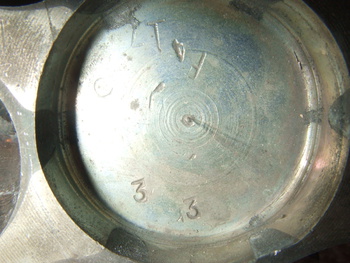 This is a base plate from a Soviet 107mm Rocket.

The rocket (along with three others) was fired at a Battalion Headquarters building causing extensive damage and wounding several soldiers. Several more rockets were found but they didn't detonate correctly. The attack took place in July 2003 and was thought to be in retalian for the US attack that killed Saddam Hussien's sons a few days earlier.

I use the item as a desk paperweight.

War refuse turned into a useful item, so it meets the definition of Trench Art!

Reproduction of these images is prohibited. 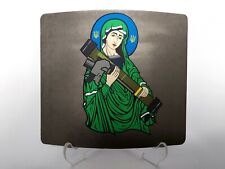