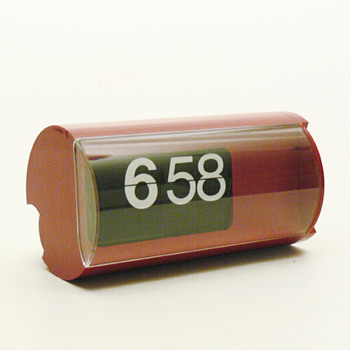 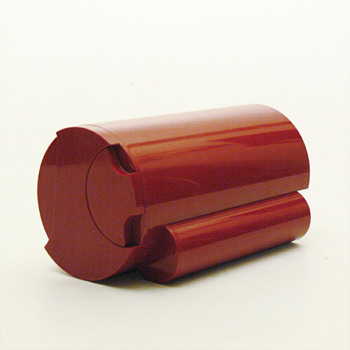 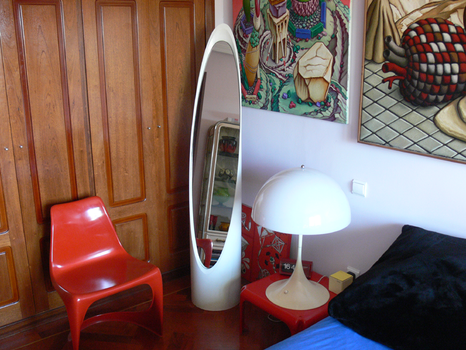 This is the clock I've got on my bedside table. I absolutely ADORE it!

Well, I guess I've explained before that the reasson why I started collecting design stuff is because I wanted to have all the items I remembered we had at my parents's house when I was a kid and that they got rid of... In this case, my mother had a yellow Cifra 3 clock on her bedside table. At some point it got broken and being such an unusual clock and, I guess this is the main reasson, being made of plastic, my mother decided to throw it away and get another clock... I remember that after the yellow Cifra 3 disappeared another flap clock occupied its position on my mother's table, but this was of an ugly brown and was an alarm clock as well, and i think it was a Japanese clock... I want to believe that ugly thing wasn't to blame for the yellow one's disappearance, cause it was really ugly, with its wood imitation finsih :(

And what do I like from my Cifra 3? I'd say simply everything, from the shape (absolutelly marked by function), the look of the numbers, the way you change the hour, the sound when any of the minute card flips and, specially, the sound of the flapping at o'clock (with both hour and minute cards flapping). Well, Carlos hates that... :)

I have to say mine is not an "original edition" Cifra3, but one of those made for the MOMA in a limited edition sometime around 2000...

By the way, these MOMA edition clocks are now being sold for something between 300 and 500 euros... absolutely crazy! I could sell mine now (though I will NEVER do) and more than double what i paid for it!